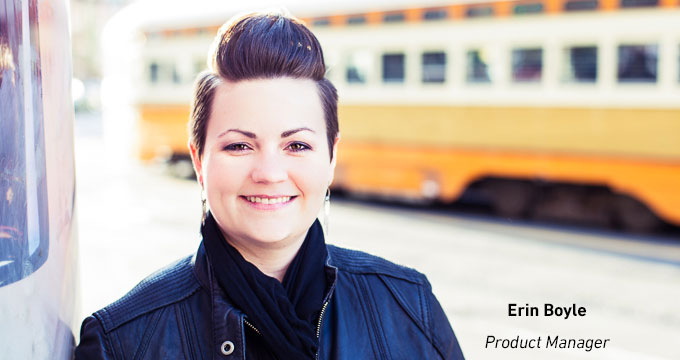 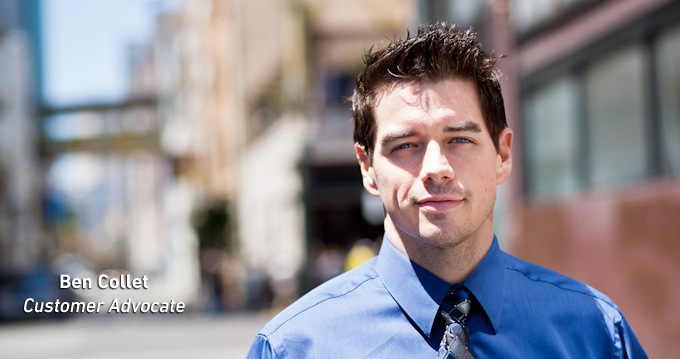 For support agents it might be routine to answer an incoming question, solve a ticket, and move on to the next one. But what about those times when the issue is larger and impacts several customers at the same time? 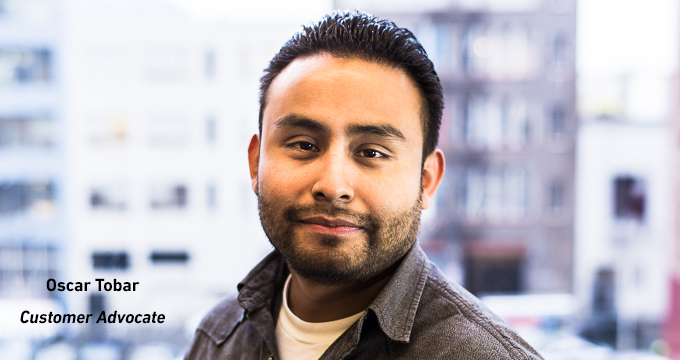 Tip of the week: better analysis through native reporting and views 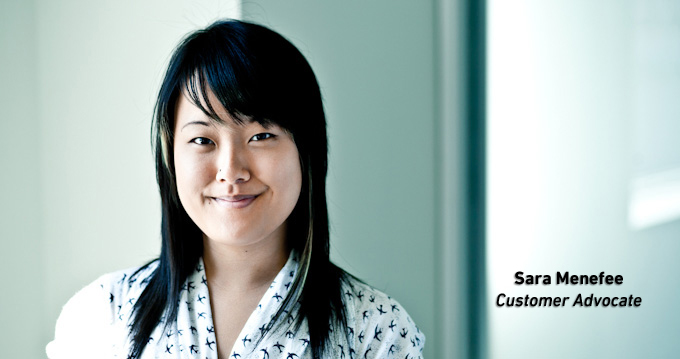 Tip of the week: unraveling host-mapping for Zendesk

When you first start your Zendesk subscription, the URL for your Zendesk web portal is some variation on mycompany.zendesk.com. Since all companies take great stock in managing their brand, Zendesk offers 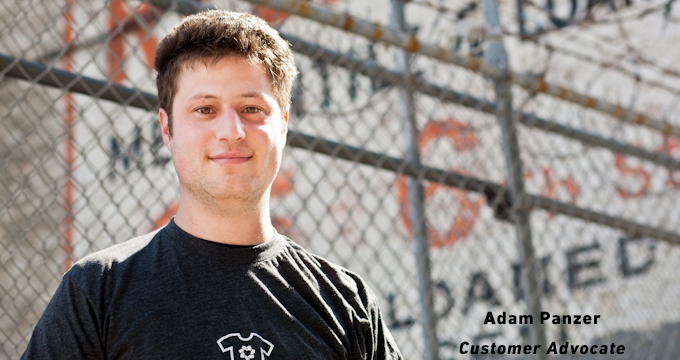 Tip of the week: Sidebar Icon and Text apps for the new Zendesk

With the launch of the new Zendesk comes the App framework. While several developers have already started writing apps of their own, there are two apps that everyone can use to easily bring features and functions from their back-end systems into the new Zendesk 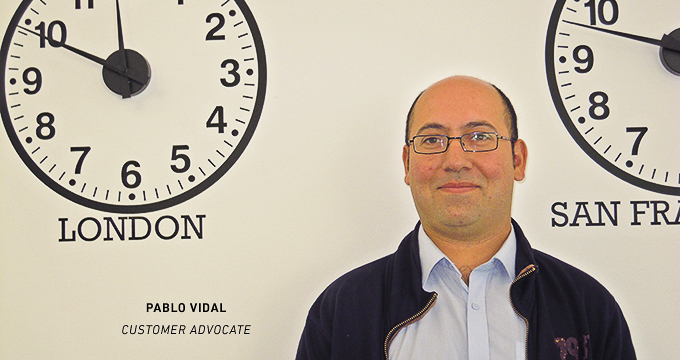 Tip of the week: changing a custom field option

With Zendesk you can create a wide range of custom ticket fields: drop-down lists, text, multi-line text, etc. One of the most frequently used custom fields is the drop-down list 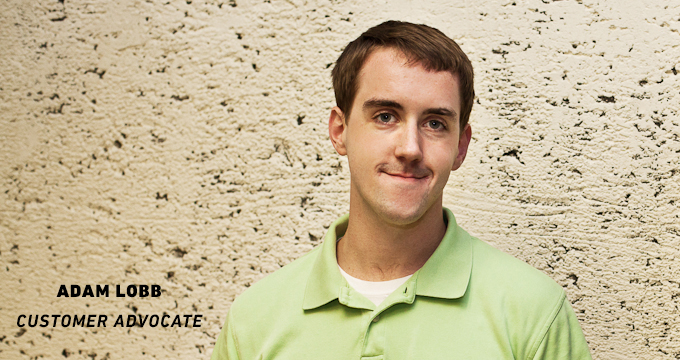 Tip of the week: customer metrics with Google Analytics

Google Analytics is one of the most useful tools available for those in the customer service industry. What makes it even more amazing is that it is totally free! 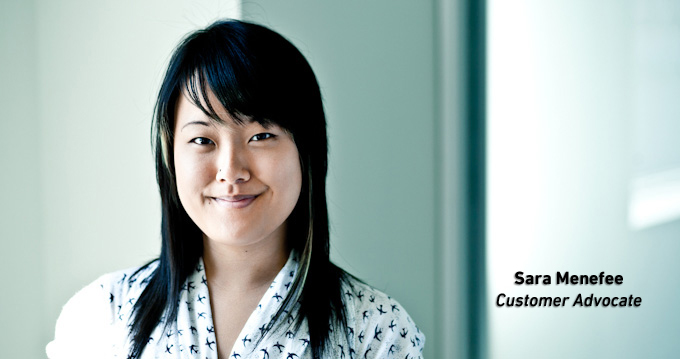 Tip of the week: unraveling host-mapping for Zendesk 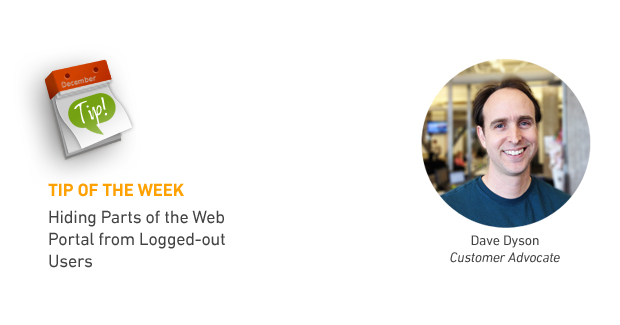 Tip of the Week: Hiding Parts of the Web Portal from Logged-out Users

There are some portions of your support portal you want everyone to see, and others that need to remain exclusive to certain types of users. For example, the average users might want to read your frequently asked questions (FAQs), but you only want registered users to submit and view tickets. In this week’s tip, Dave […] 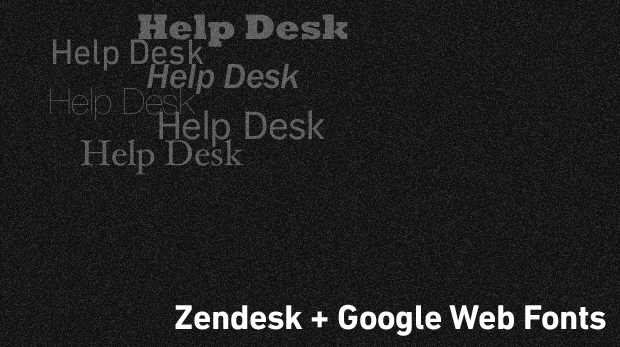 Tip of the Week: Spice up Your Zendesk with Google Web Fonts

Using custom fonts is a great way to add a bit of simple flair to your web portal. In today’s example, we’ll use Google Web Fonts to change the header title and forum title in Zendesk. You can learn more about modifying Zendesk CSS elements over in the CSS Cookbook. To summarize, you’ll want to […] 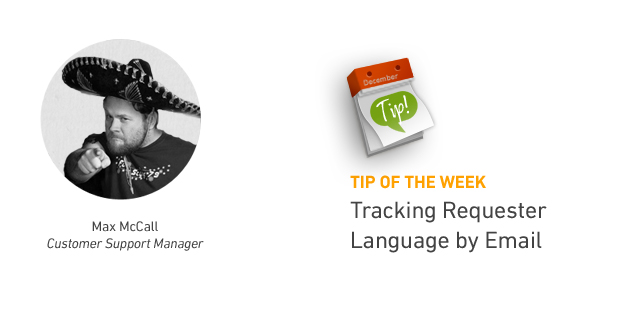 Tip of the Week: Tracking Requester Language by Email

Now that Zendesk has rolled out our new language capabilities with our Dynamic Content feature, its much easier to identify your customers’ languages and provide support in their preferred language. For the time being, were able to detect browser settings, but automatic language detection in email is still in beta. (To participate, fill out this […] 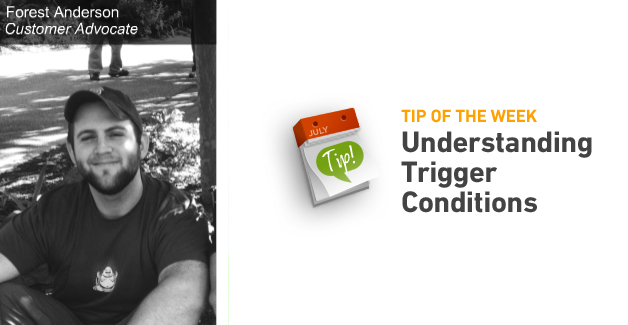 There are two types of conditions available in Zendesk – all conditions and any conditions – and defining these conditions can be a lot like ordering a pizza for you and a few friends, in the way that you need to decide which conditions will get you the result(s) that you want. For example, you […] 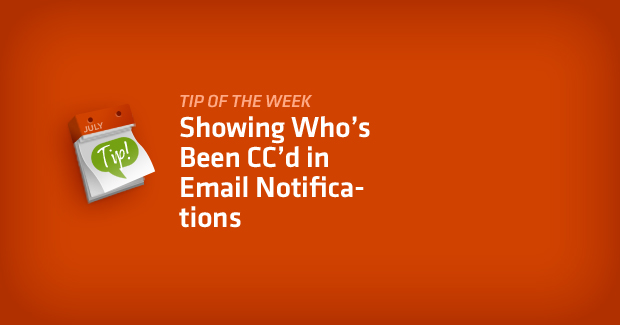 Tip of the week: Showing who has been cc’d in email notifications

Have you ever wished that you could allow end-users to see whos been CCd on a ticket? This tip shows you how. Using a very simple chunk of Liquid markup, you can include this information in email notifications. All you have to do is add it to your notification triggers. As an example, lets modify […]

Tip of the Week: Using business hours in your triggers and notifications

[Editor’s note: you’ve unearthed an artifact from the old days. For the most up to date information, visit: https://support.zendesk.com/hc/en-us/articles/203662206] To help manage your workload, Zendesk allows you to set business hours for your help desk. This can be done by an administrator in Settings > Account > Localization > Business Hours . In this week’s […]

Tip of the Week: Deactivating, Cloning, and Editing Triggers

Triggers are one of the most powerful components of your Zendesk. It might even seem like theres a bit of magic to triggers, but theres actually very little wand waving involved. Triggers do exactly what you tell them to do, nothing more, nothing less. Newer users to Zendesk or users who are currently trialing the […]

Tip of the Week: Nesting Fields

We recently had a customer who wanted their end users to be able to route tickets to very specific departments within the company. This would allow them to bypass their traditional support structure in order to get tickets directly to the appropriate department that could then answer a question as soon as it was submitted. […]

Tip of the Week: Build Reports with GoodData for Zendesk

GoodData for Zendesk is an integration that enables Zendesk Plus+ customers to build insightful and powerful support metrics using GoodData’s web-based business intelligence platform.  Plus+ customers have always had access to an export of their ticket data; GoodData for Zendesk makes it easy to start analyzing this data by offering instantly relevant pre-built dashboards and reports […]

We Love Zendesk for iPad

Hey you! We’ve made some major improvements. Check out the new Zendesk for iPad. Today were releasing Zendesk for iPad. And were extremely proud of it. It has never been easier to stay in touch with your customers. The iPad app is not a reskinned mobile web interface or a revamped iPhone app. Its an entirely new app built […]

Triggers are business rules that are automatically executed in response to certain events that have occurred on a particular ticket.  For instance, lets say you want to send an automatic email to a customer when you solve their ticket. You set up a trigger to do that. Triggers are also extremely helpful in streamlining your […]

As we described in Tip of the Week: Review Ticket Resolution Times with Reports, you can get a good snapshot of your support tickets using the Zendesk graphical reporting available to all accounts (go to the Report page under the Manage tab). If you want to do some more heavy duty analysis, however, it’s best […]

Tip of the Week: Automations vs. Triggers  When To Use What

Recently, we shared two tips on some automated functions within Zendesk. We described how to use automations to send notifications to your support team when a ticket needs a reply; and last week, we wrote about how you can use Zendesk triggers to send out auto-responses to some of your more frequent questions. In both of […]

As we’ve discussed previously, two important aspects of building your help desk workflow are Collecting and Processing your incoming tickets. You want to make it easy for your customers to get in touch but you also want to parse and sort through all the various requests. One way to handle this in Zendesk is to […]

Tip of the Week: Use Automations to Send Alerts When a Ticket Needs a Reply

The keys to outstanding customer support are simple to understand, but as anyone who’s handled customer issues can tell you, they can be difficult to execute. Answering one customer email in a timely and thorough manner might be easy; but replying to five, 10, 20 emails in an hour? For that, it helps to have […]

Sign up for our newsletter and read at your own pace