Say it with an emoji. Yes, even at work. 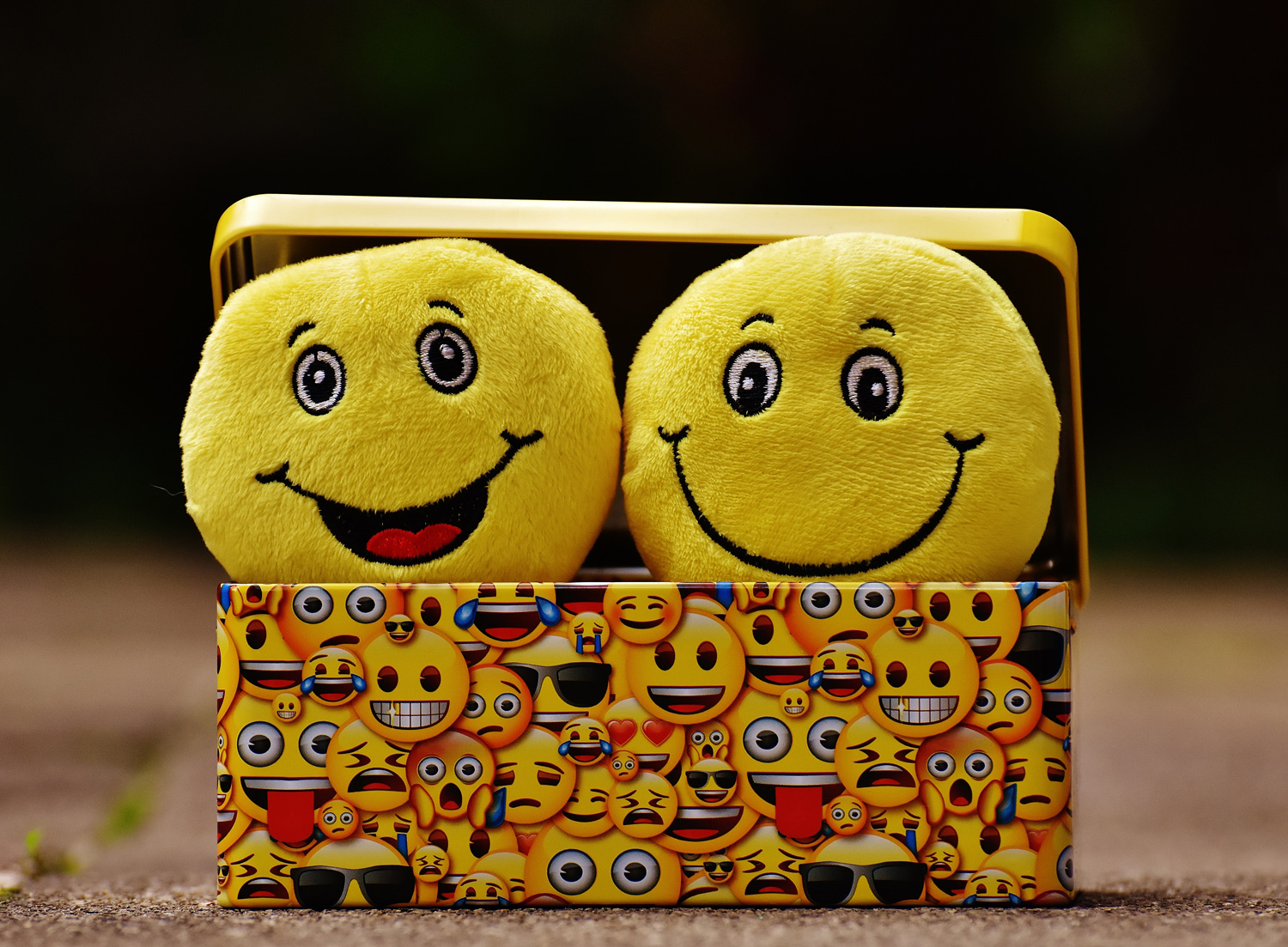 Whether or not you it, modern communication often involves emojis or their predecessor, emoticons. They’ve even come to replace slang and acronyms—there’s no need to LOL when you can . As a globally recognisable iconography, we now send them as texts, slap them on photos, and even respond to communication streams on team Slack channels with . And we all understand. They’re efficient, sure, but some researchers say that emojis aren’t just sloppy shorthand. Instead, emojis actually improve our ability to communicate.

Humans are adept at perceiving emotions. It’s often evident when the person next to you on the bus seems tired. Or to feel the tension emanating from a couple sitting tersely at a cafe table.

We sense emotions in others because we’re unconsciously registering their facial expressions. According to a theory by Carl Sagan, the human brain is wired to determine whether a stranger is a friend or foe. Humans learn to read a smile from a frown and react accordingly, beginning when we are just a few months old.

We now read punctuation marks as emotional expressions when combined in new, however grammatically inaccurate, ways.

Part of our ability to recognise faces shows up in goofy ways, in a phenomenon known as pareidolia: we sometimes see a face where one doesn’t exist. Take the photos of the world’s happiest airplane or the smiling cheese grater. Research has found that consumers prefer cars with aggressive, powerful, and even angry “facial” features.

We now read punctuation marks as emotional expressions when combined in new, however grammatically inaccurate, ways. This is innate in the modern age, but there was a time when a colon and a closed parenthesis :) weren’t used to indicate feeling. Science has shown that we react to these constructed faces in the same way we do a human smile or frown—but only when read left to right.

Today, emojis offer us all a wider breadth of expression—and some of the emotional nuance that is often lost over email and text-based communication.

The benefit of emojis in the workplace

Emojis express emotion, and they’re great when texting friends, but what about at work? We don’t necessarily think about bringing our emotions to the workplace, but we’re human and so, of course, they come along, too. How many professional emails have you received that seemed snarky or subtly hostile? Personally, I’ve misunderstood and misread the intentions behind many professional communications from my clients. Things that a simple emoji could fix.

That’s why the use of emojis in professional communication is such a wonderful thing. There are benefits for everyone—the business, internal teams, and even for the customer.

Give your customers some

For some brands, using emojis in professional and customer communications might feel cutting edge. For others, emojis serve to add a sense of whimsy. No matter which category your brand fits into, research reveals higher rates of customer engagement when emojis are used.

A study by LeanPlum and App Annie found that including emojis in a push notification increases open rates by 85 percent. There is also evidence that contextually-appropriate emojis included in email subject lines increase read rates.

Since emojis convey emotion, they help clarify the intention behind a message. Of course, emojis may not work for every customer demographic or type of communication. Though emoji use by brands went up 163 percent from 2015 to 2016, emojis are still not common fare in professional communications. Make sure your brand uses emojis in a way that will resonate with your customers.

Give your colleagues a

Emojis go further than improving open rates. They improve interpersonal communication and reduce the number of misunderstandings between colleagues.

Just imagine: You receive a Slack notification from your boss that reads: “Come see me after lunch. We’ve got something to talk about.”

Uh oh. I don’t know about you, but my immediate reaction would be to panic and get a stomachache. But, what if you received this instead?

“Come see me after lunch. We’ve got something to talk about. ”

Great! Now you know your boss has something to chat about, and it’s likely good news. In the right context, emojis make it easy to convey emotion and save space. And there’s nothing unprofessional about being clear and succinct.

Emojis might even be essential, given how much office communication now happens through email and messaging. Emojis help substitute some of the missing tone of voice, body language, or facial cues that ensure meaning isn’t lost or misconstrued.

Positive communication is with remote employees

If emojis are important for inter-office communication, they’re vital for remote teams. The less face-to-face time colleagues have, the harder it is to establish a strong relationship. Emojis can help remote team members understand the nuance in a conversation, and to share their personality.

Emojis are especially useful when communicating tough information with a colleague halfway around the world. Studies have shown that when a superior shares a specific critique with an employee, a positive emoji can soften the blow and make it easier for the employee to accept the information.

A simple smiley face can help the reader to know that the negative information is shared in a positive and constructive spirit.

Help the Negative Nancies among us

Bottom line, email and text-based communication lacks facial expression—unless we add it. In what’s known as the “negativity bias,” we tend to read emails as more negatively than intended by the sender. According to psychologist Daniel Goleman, emotions dilute as the message moves between sender to receiver. If the sender feels positive about the email, the receiver generally feels neutral. If the sender feels neutral, then the receiver may read it as a negative.

Help your colleagues and customers out by providing an emotional cue. It’s simple: just add some extra punctuation. :) 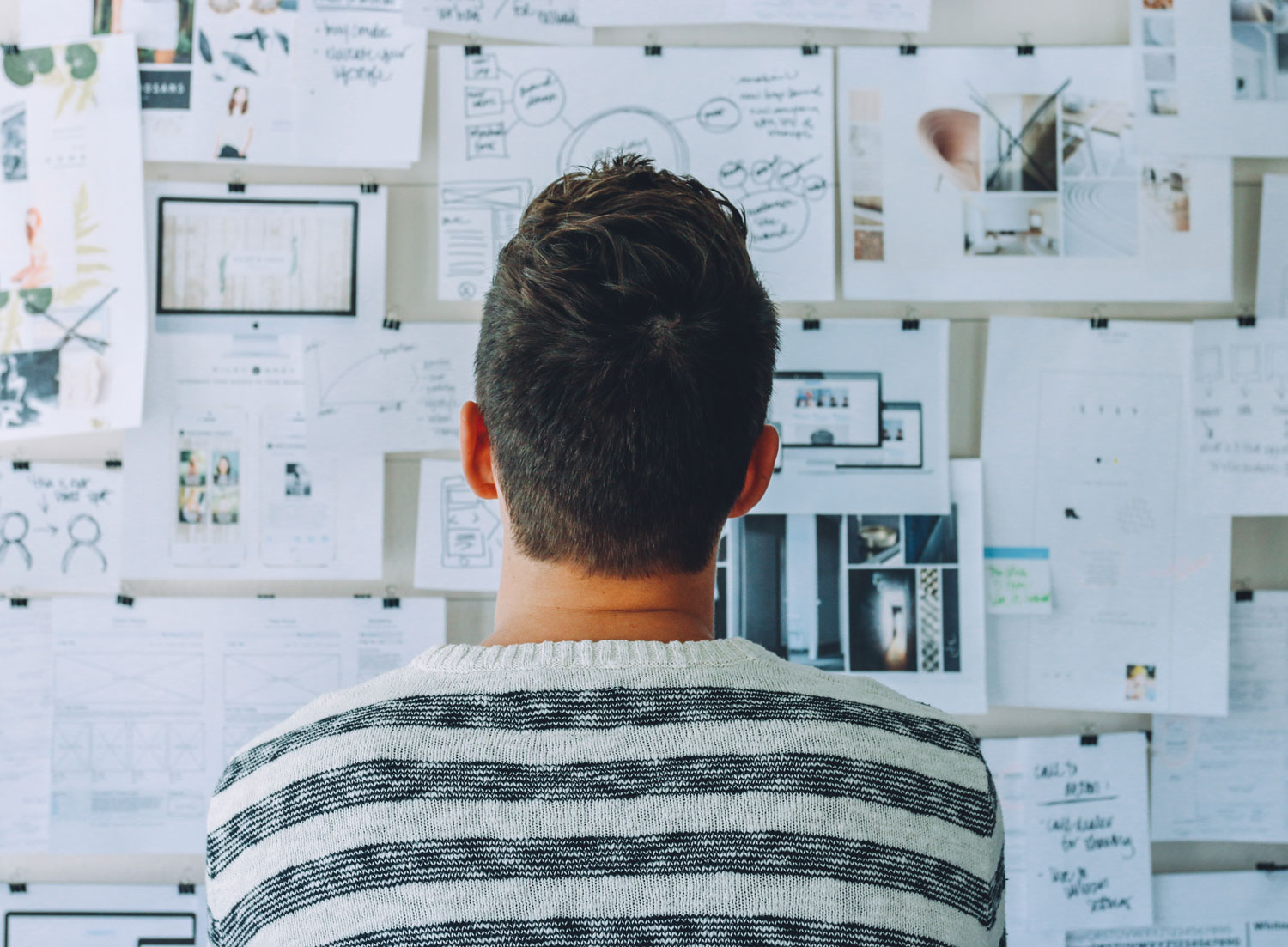 How to keep innovating at work

It is an oft-quoted statistic that 90% of startups are doomed to failure. You might conclude… 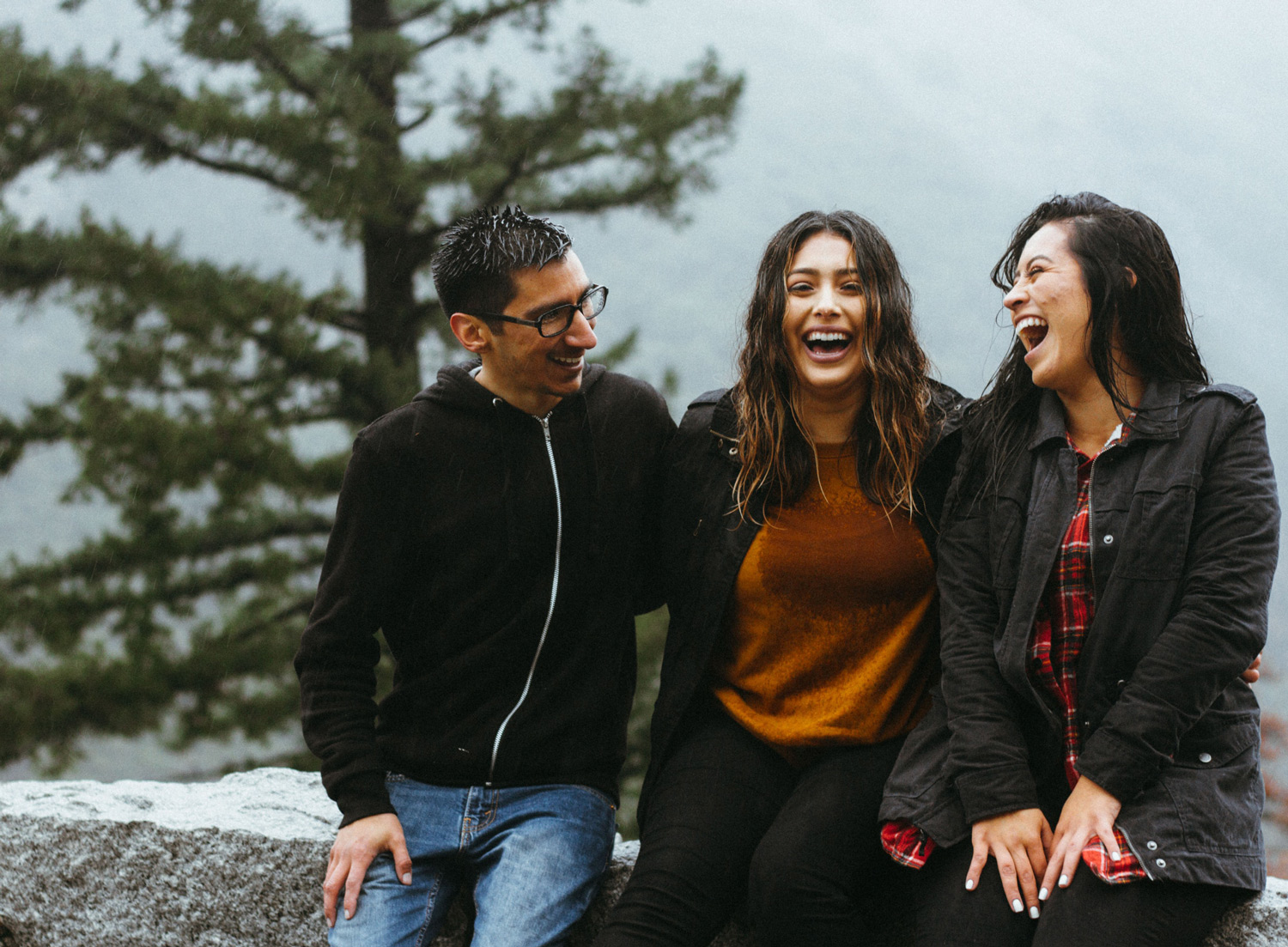 It goes without saying that every leader wants to have a high-performing team, but what is…

Showing your human side at work can have real benefits, including making us feel more connected and sparking the kind of serendipitous connections that occur naturally in a traditional office setting. 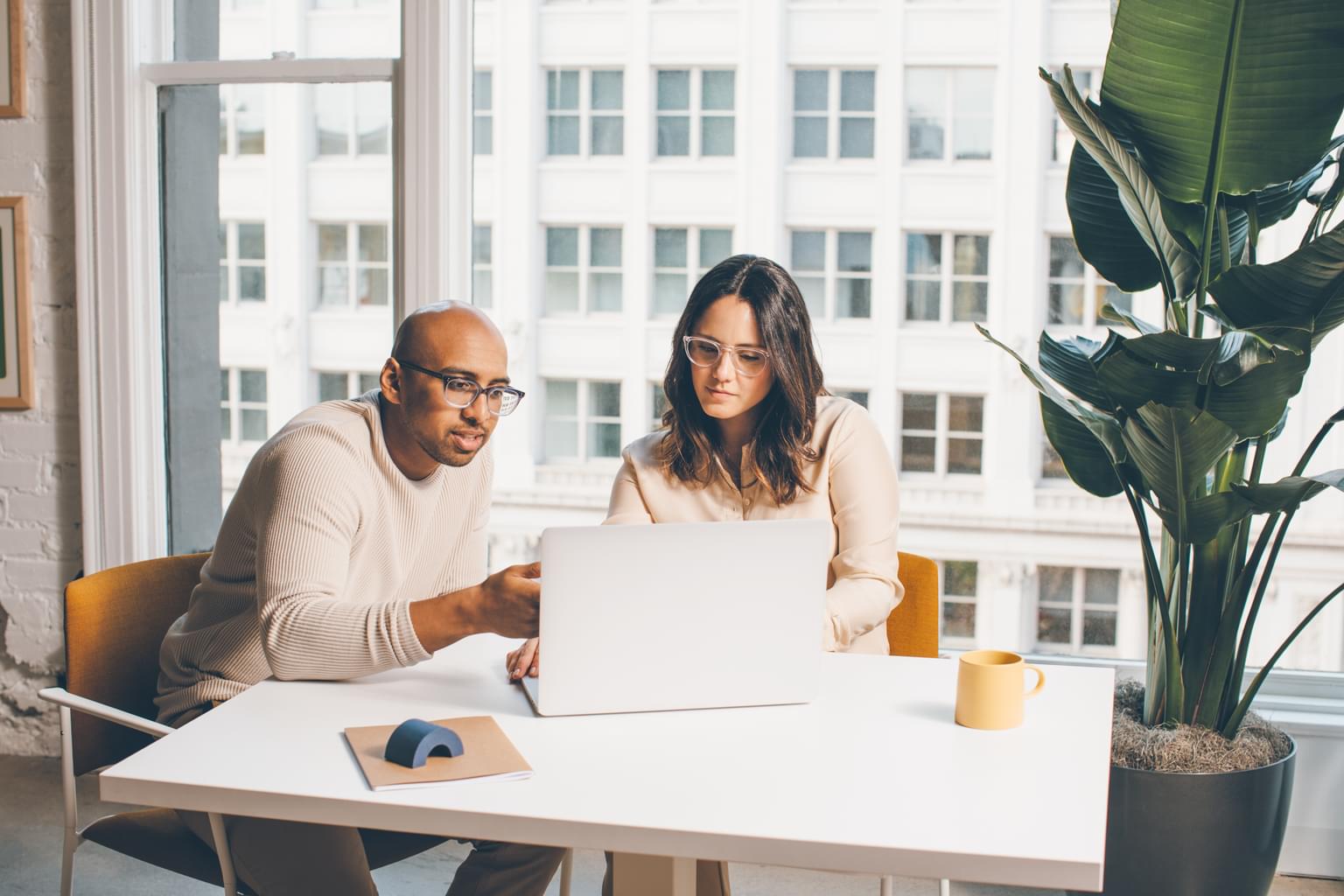 Over the past couple of years, the pandemic – and numerous lockdowns – have significantly reshaped…