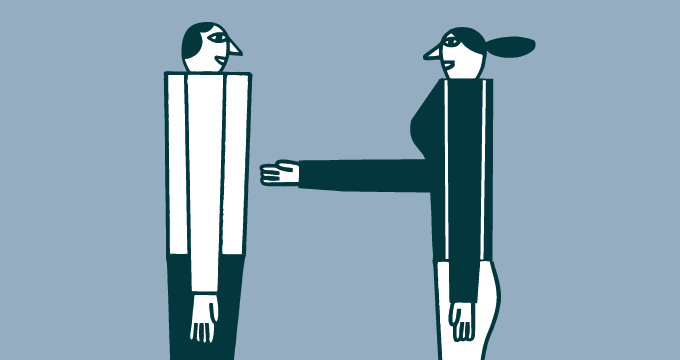 Just the other day, as I was scrolling through my never-ending reading list, I stumbled upon an article on customer experience which made me raise my eyebrows. If it weren’t for two of my three mischievous puppies picking a fight over a dirty sock, I would have probably emailed the author.

Long story short, the article kept talking about the importance of having an omnichannel strategy for customer support, which according to the author basically meant being everywhere. Well, first that’s impossible, no company can be everywhere, and second that doesn’t make any sense, like Robert Rose, chief strategy officer for the Content Marketing Institute, once said: “we must pick and choose strategically.”

Pushing for an omnichannel strategy means having a unique and integrated brand experience across the channels you’re using. If you’re in retail then social media is definitely a priority, but personal emails, perhaps, not so much.

The same applies to how you talk to your customers. If you’re an international business and if you communicate in multiple languages in your website then you should definitely do the same everywhere else. I mean, what good does it make if your customers understand what’s in your website but not when they reach out through customer support? It’s all about consistency.

Therefore, you should think strategically, know where and who your customers are, and provide an integrated customer experience that will increase conversion and customer satisfaction over time. And if you’re an international business that obviously means rolling out multiple channels with a consistent message in multiple languages.

This article should help you do just that: know how to pick the right languages to support, learn how to provide a great multilingual customer experience without having to hire more native agents or freelance translators, and choose the right channels.

Know which languages to support

Language can definitely be a roadblock for an international business. And yet it is so crucial. Why? Because unlike what most people think, in 2017 only 25.3% of all internet users spoke English, and 75% of people search for online information in their native language. So if you’re only communicating in English, then you’re probably losing customers.

But does this mean you should support all the languages?

Well, first things first. A Common Sense Advisory report from March 2018 predicts which languages will be needed to reach 97% of the global online addressable market in 2022 and 2027. And there are a few surprises.

While it may seem obvious that there will be “a rapid rise of languages from emerging economies in Asia, the continued growth of Chinese, and a slow erosion of the dominant status of European tongues on the internet,” it might be more surprising that languages such as Spanish and Portuguese will also grow, eclipsing the likes of Italian and Japanese. Worth keeping in mind, but pay close attention to your own business; where do you customers come from? What’s their native language? Do they speak more than one language?

Ideally, you would translate your content to the languages that most of your customers speak. Meaning that if you receive a high number of support requests in a specific language, you may want to translate all your content to better serve those customers. But that whole process can often be expensive and unscalable. You can’t always hire native agents for each and every language you support. Therefore, you need to think strategically and look at what you’re customers are telling you to provide a cost-efficient multilingual experience.

That’s exactly what companies like Skyscanner are doing. In Skyscanner’s case, 58% of their customer support queries were in English. And once the top five languages were considered, the entire “rest of the world” language base accounted for only 20% of their support requests.

So while they could hire native agents for these top 5 languages, which include Russian, Spanish or Mandarin, for all the others it would just be too expensive and not at all scalable.

So they started using Unbabel’s “Translation as a Service” through our Zendesk integration to provide customer support in for their long-tail language requirements. The results? One year later they increased customer satisfaction from 75% to 92% and their first time reply by 70%.

Get started with omnichannel support
Get the guide

Customers expect their problems to be solved quickly and easily. It’s really that simple. But if you underdeliver on that promise, you may lose half of your customers, as 54% of respondents said in the 2017 Aspect Consumer Experience Index—they simply stopped doing business with a company because of a bad experience.

So which channels should you target to make customers happy? Well, that depends on your business and who your target audience is. But here are a few relevant numbers to help you lay down your strategy and which channels to consider.

81% of all customers attempt to take care of matters themselves before reaching out to a live representative, according to Harvard Business Review. And that’s great for two reasons: it’s cheap to implement and helpful to your customers. Any business would be crazy not to have a knowledge base or help center where you can just provide the most common answers and make it easily accessible to any customer. This can also be easily translated into many languages if you’re targeting an international audience.

According to this report by Forrester, the number of customers that use live chat over phone and email has increased by 50% since 2012. The trick though is for this kind of communication to mirror real conversations instead of just being awkward exchanges of information. If you’re communicating with an international audience, it usually helps to get to know the country where they’re coming from. Different elements of a culture will also influence each other, like how religious beliefs can make a culture more family-centric. Therefore, businesses should also consider the context of a culture as a whole. Cross-cultural training for your customer support team may be extremely helpful.

However, even though real time chat translation is a bit more challenging than a static page, it is possible.

Most people tend to look at social media like a marketing and advertising channel but it’s also extremely useful for customer service. According to the Q2 2016 Sprout Social Index, an whopping 90 percent of consumers have used social media to communicate with a brand. And over a third said they preferred social media to traditional channels such as phone and email.

We often say that a business should be where its customers are and social media is just one of those places. Facebook and Twitter are usually the priorities here, but depending on the type of business you manage you may want to see which networks make more sense.

However, the thing is, if you’re selling across borders you need not only to think of targeting the right channels but also the right languages.

Unbabel combines AI and human post-editing, translating incoming enquiries into your team’s detected languages, so that you can then instantly understand and provide a quick answer in your customer’s native language.