When schools around the world closed their doors in early 2020 in response to COVID-19, educational non-profit Khan Academy’s online traffic grew by over 2.5 times —almost overnight. Learn how Khan Academy built a resilient support operation that could handle the accompanying spike in support volume by leveraging automations, self-service, and its vibrant community.

“Zendesk’s integration capabilities, flexibility, and feature depth has allowed me to be creative with how we’re using it and lets us scale in really interesting and powerful ways. We use it for tickets. We use it for internal insights. We use it for the support community and for help articles.”

The areas where I get most creative are triggers, automations, ticket fields, ticket forms, views, and macros. The ability to customize and set up complex rules to allow a truly seamless and well-organized user and agent experience is something that I really value in Zendesk, as well as the ability to track and report on all of those aspects.

Increase in traffic on Khan Academy since COVID-19

YoY increase in learning time on the platform

The COVID-19 pandemic has elevated some organizations into unique positions for their abilities to bridge enormous gaps caused by widespread shutdowns. Khan Academy is one of those organizations.

The eponymous nonprofit, created by Sal Khan in 2008, has long been known for its free educational offerings in math, science, and the humanities. Teachers and parents use Khan Academy’s free tools to track student progress.

When schools around the world closed their doors earlier this year in response to the pandemic, Khan Academy was uniquely well-suited for the moment, and traffic skyrocketed. 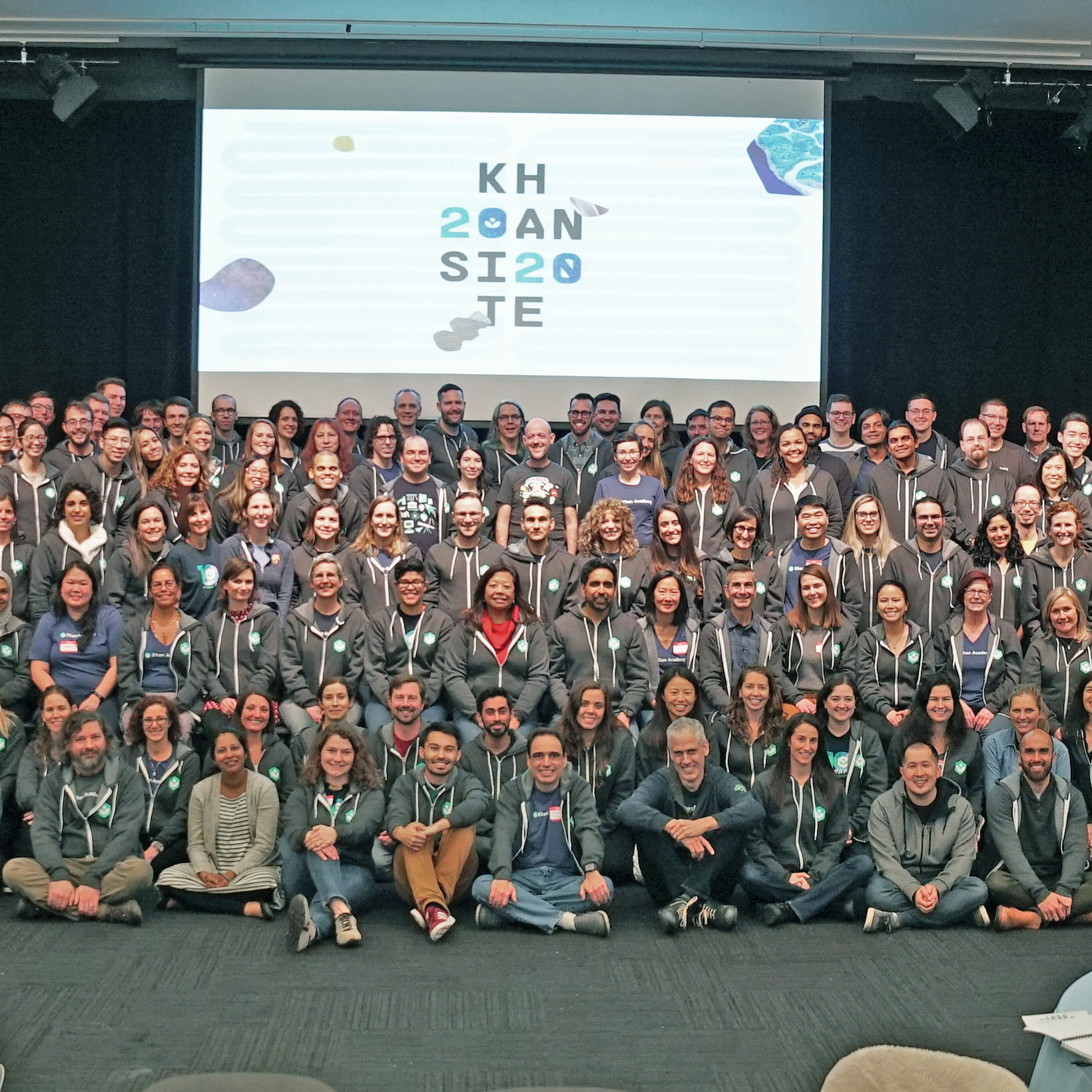 Teachers needed help preparing remote-learning courses and schedules, while students required assistance adjusting to online learning and supplementing video conferences. Parents, thrown suddenly into schooling at home, needed to help their children with school work while also juggling childcare and jobs. But Khan Academy was ready – with advice, support, and nearly 100,000 items in more than 40 languages, effectively scaling to handle a huge spike in traffic and support tickets.

One of the ingredients to Khan’s success? Zendesk.

An unprecedented spike in support requests

Just in March 2020, said Khan Academy’s Head of Community Support Laurie LeDuc, “we saw a 1,200 percent increase in parents contacting us and over a 750 percent increase in contacts from teachers.” Many newly remote learners, parents, and teachers “didn’t understand how to get started with Khan Academy or get the most out of it,” she said, and the support team was close to being overwhelmed by the sudden surge in requests for help.

Automated triage built into the Zendesk ticketing process made it possible for the team to prioritize who needed immediate help, who should help them, and whose issues could wait. “We use ticket forms as the sole gateway to support,” LeDuc said, “which really enables us to power through triage and automate a lot of flows.”

Requesters are asked to select a role (teacher, parent, administrator, student) along with details about the situation at hand, allowing LeDuc’s team to look at trends and build in rules that make it easy to prioritize routing and responses.

For example, via integrations with Slack, a technical issue with the Khan Academy mobile app routes directly to a Slack channel for the mobile team for targeted visibility. Visitors who indicated they were new to Khan Academy during the surge were automatically prioritized, as well—and the thousands with non-urgent issues who were writing in but not currently blocked? LeDuc’s support team created macros to explain the situation, asking them to wait until they were able to help people with more urgent needs, and directing them to a wealth of self-service resources on their help center and community pages that could help in the meantime.

That kind of transparent triage has allowed Khan Academy to maintain a CSAT of 92 percent even as ticket response times more than doubled.

“We’ve always had high-quality processes and have invested in making great macros that are deeply empathetic, friendly, and helpful,” said LeDuc, “so we’re able to scale well while not sacrificing quality.”

Building in rules and automating flows is nothing new for LeDuc, a four-year Khan Academy veteran who has been working with Zendesk since 2009. “The areas where I get most creative are triggers, automations, ticket fields, ticket forms, views, and macros,” she said. “The ability to customize and set up complex rules to allow a truly seamless and well-organized user and agent experience is something that I really value in Zendesk, as well as the ability to track and report on all of those aspects.”

In addition to a content-rich help center based on Zendesk Guide that’s regularly updated in English, Spanish, and Portuguese, Khan Academy boasts an “amazing” community managed with Zendesk Gather that comprises “honestly the kindest, most helpful people on the internet,” LeDuc said. “We really lean on them for help in general and especially for getting us through this intense period when our support team wasn’t able to quickly respond to everyone.”

In fact, the ratio of community views to support tickets is 38:1, with each community contact logging an average of three responses—signaling a very engaged community. When school closures began, Khan Academy also hosted “many of our school closure resources on Zendesk because of its flexibility,” LeDuc said. “We were able to use the Light Agent feature to give teammates across the organization access to quickly update help articles.”

The support team itself is set up for efficient scaling: LeDuc maintains a core team of community support associates in house, but the bulk of the work goes to an external team of highly trained agents who are deeply integrated into Khan Academy’s teams, she explained. With school closures, that external team has grown from 8 to 15 agents. “We need to make sure we’re able to scale in an efficient way,” she said, “and we found contracting is a way to help do that.” 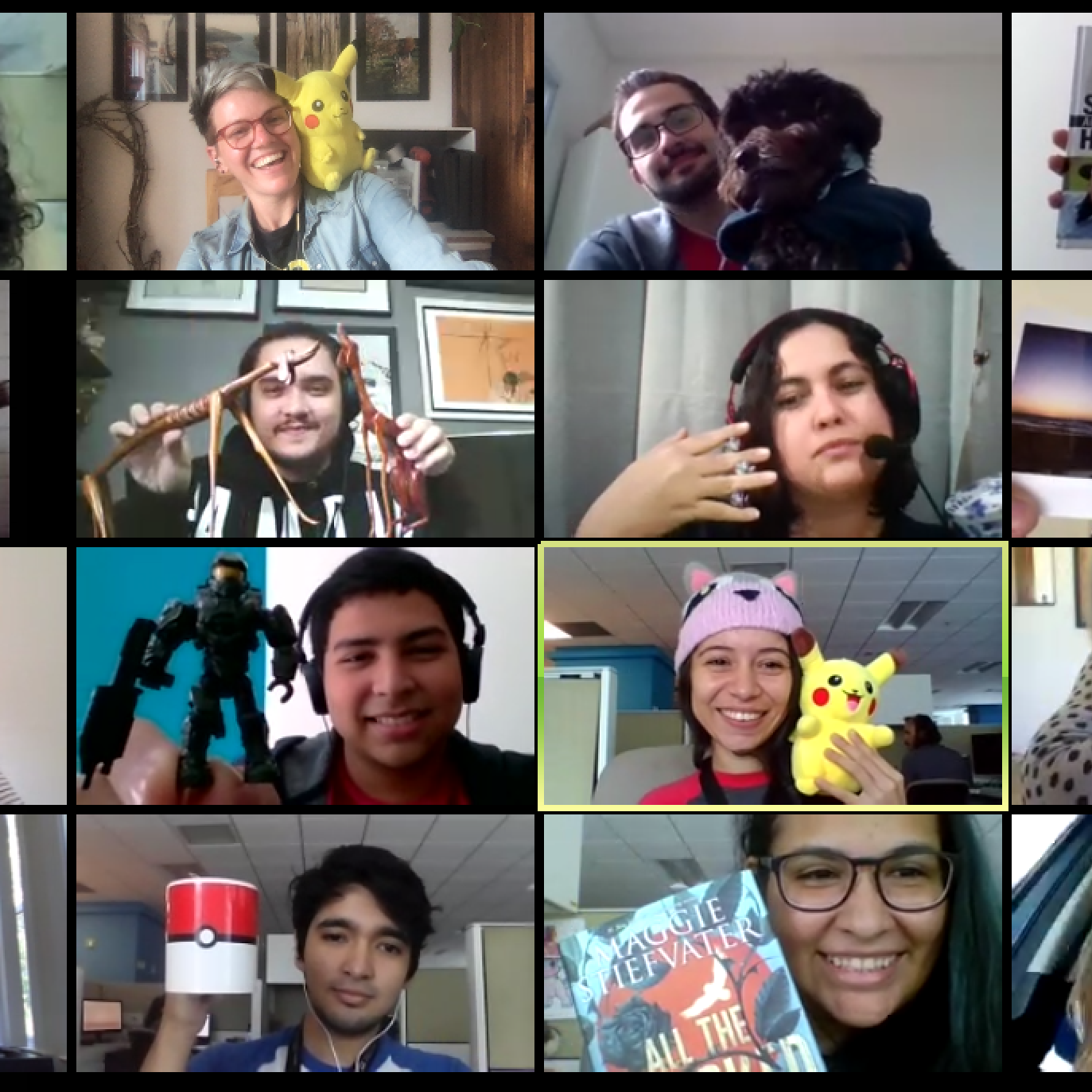 Meanwhile, internal community support team members are embedded on each Khan Academy product team, joining design discussions and roadmap planning “to make sure the user voice is actively represented in all development conversations,” LeDuc said. “Our main goal in community support is to help people use the product in the way that they want. That might be answering a question. That might be helping them with their account. That might be advocating for a product change or a bugfix. At the end of the day, our mission is to provide a free, world-class education for anyone, anywhere, so whenever we see an impediment to that, our team works to resolve it.”

With her years of Zendesk experience, LeDuc has devised creative ways to take advantage of the product’s integration capabilities. “A great way we’ve developed the Zendesk-to-Slack integration is to escalate community insights. At the end of the week we ask everyone on the support team to fill out a report that lists their top observed pain points, with fields for additional trends or insights they may want to provide. We use an internal ticket form, as well as a dedicated macro to maintain consistent format. It’s an opportunity for agents to highlight whatever they think is really important – these reports often result in real, immediate product work” she said. Once submitted in Zendesk (as a new ticket), the reports flow to LeDuc via the Slack integration, enabling her to view them as part of her normal workflow and easily share them internally.

The ticket form also embeds tracking for components associated with each ticket. “I can immediately look up every end-of-week report that has mentioned something specific – for instance, the Assignments feature – and quickly pull tickets, trends, and feedback from my team, which I usually find more insightful than just searching through a backlog of tickets to look that information up,” LeDuc said.

More traditionally, Khan Academy has an automated alert set up so whenever support gets a predefined increase in tickets tagged as technical issues (based on custom ticket fields), an automated alert goes out to developers. “All Zendesk tickets with the ‘technical issue’ tag get posted to their own Slack channel,” LeDuc said. “Developers can quickly check that channel to check what people have been writing about, see if anything is broken, and investigate it.”

Khan Academy uses the Jira integration as well. “Every time we verify someone’s reported technical issue,” said LeDuc, “we attach it to an existing Jira issue or file a new one along with relevant information. With that, we’re able to quickly see what Jira issues are attracting the most attention without much manual work.”

Most uplifting of all, LeDuc set up Slack channel exclusively for positive CSAT feedback. “We get so many amazing testimonials from teachers, parents, learners, and administrators” who have had a positive interaction with our team, LeDuc said.

“Honestly, sometimes it’s hard to believe how frequently we hear this incredible feedback,” LeDuc said. “Every day we get messages saying, ‘I can’t even begin to tell you how you’ve helped me, or changed my child’s life. It’s incredibly motivating, and I’ve never seen a support community like it.”