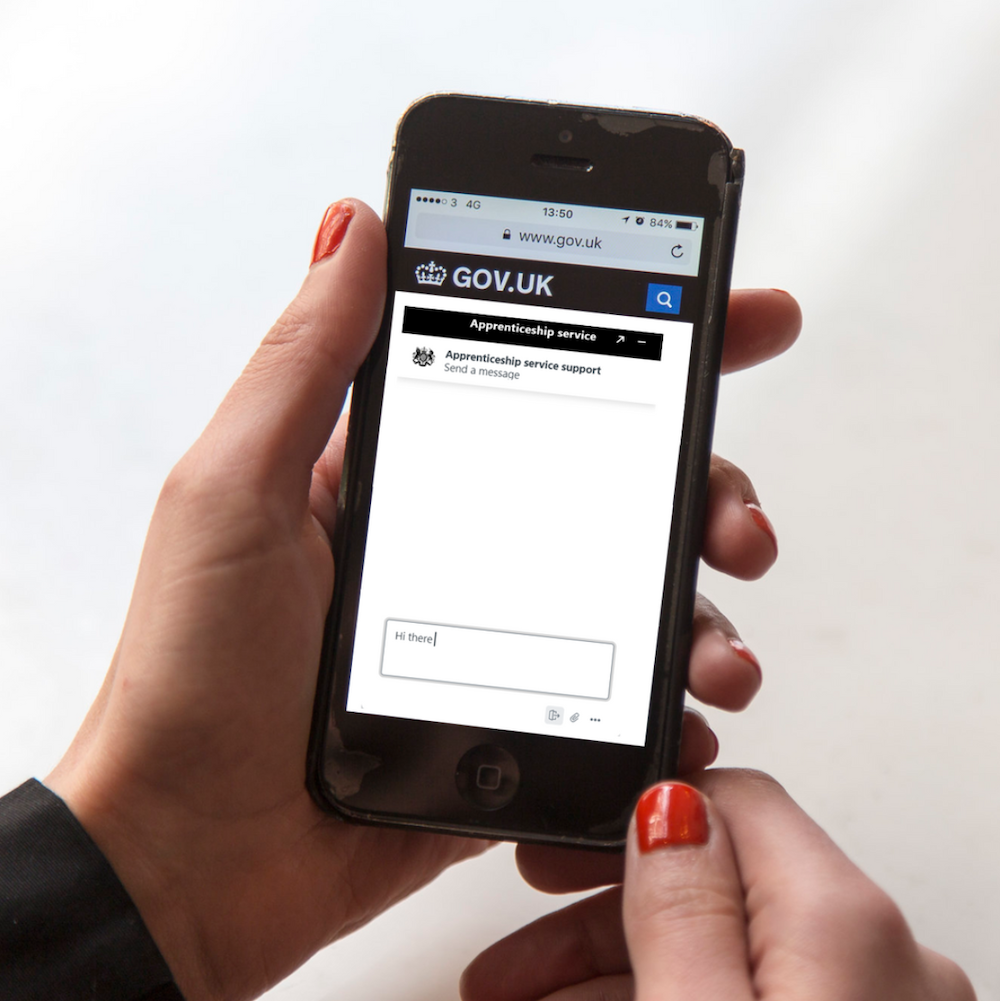 “A lot of people are also picking self-service, which is really good for us, as it's showing that we're putting the right content out there to answer their questions. The government has a digital agenda where we’re encouraged to direct people towards digital channels– Zendesk is helping us to do this.”

Scheme availability in the UK

There are over 30,000 employers in England who actively use the services of the Education & Skills Funding Agency (ESFA) every year. It’s a number that is expected to increase to 180,000. That means a sizeable customer experience operation is required to ensure that employers receive the information they need. Working across England as part of the government’s Department for Education, the ESFA needs to provide that support in a way that is efficient, cost-effective and meets the needs of its customers.

The ESFA is responsible for £58 billion of funding for training and education across academies, further education and sixth-form colleges, and training providers. This includes apprenticeships, which are critically important for a wide range of employers and potential employees entering the workforce, and important for the wider economy. It’s therefore vital that the ESFA can help support those who are looking into or already engaged within the programme about the requirements to participate.

The agency worked with Zendesk and Netpremacy to scale up the number of employers they could respond to and to become more efficient, while at the same time becoming more mindful of the needs and preferences of the people it deals with every day.

“Zendesk has enabled us to execute on a much-needed project, demonstrating that we’ve been able to get value out of it quickly and measure that value,” said Caroline Mason, Head of Apprenticeship Service Support at ESFA. “Our solution has helped us to demonstrate to other departments that we can prove things, do hypotheses and show how things have moved on each month, which has been really powerful.”

Scaling up fast, with no additional agents

Three years ago, the ESFA’s operations had to shift very quickly, due to a sudden increase in demand brought about by new legislation. Initially, 20,000 employers in England had to pay an apprenticeship levy, which also enabled them to access a digital service created by the ESFA. However, that scheme was made available to all 1.5 million employers in England in 2019. The ESFA therefore had to coordinate a 6,400 percent increase in potential new enquiries.

The solution had to be a more efficient way of providing support, while meeting the needs of users who were telling the organisation that they had a preference for self-service. It sounds like an impossible task and indeed the agency wouldn’t have been able to do it without taking a smarter approach and working differently. Zendesk enabled it to become more efficient and granted it the ability to deal with more queries through better use of self service and chatbots. Now, there’s a reduced reliance on agents to manage every ticket manually.

The ESFA chose Zendesk after a competitive tendering process. For public bodies, this process has to be thorough because suppliers have to provide the sufficient amount of value to justify the investment of public funds. The government’s own agenda of ‘digital by default’ also needed to have a bearing on the type of solution the ESFA selected. With so much scrutiny placed on all government agencies, there’s a lot at stake for all partners they choose to work with.

Caroline is confident she made the right choice with Zendesk. “We’re seeing our advisors making use of the tools within Zendesk to create a better service for everyone,” she said. “Our advisors are able to use macros – a way of automating a set of actions they carry out regularly. And users are making use of Answer Bot to self-resolve queries before they even come through to an agent. We’re also working very closely with our agents to identify where further efficiencies can be made.”
The more efficient the agents are, the better they can respond to high priority tickets that require their attention quickly and do so through the communication channel that best suits the user. Self-service is key to this. For example, in one eight-week period, the ESFA saw its employer base increase by 10,000. However, the number of calls remained static because use of the knowledge base increased. 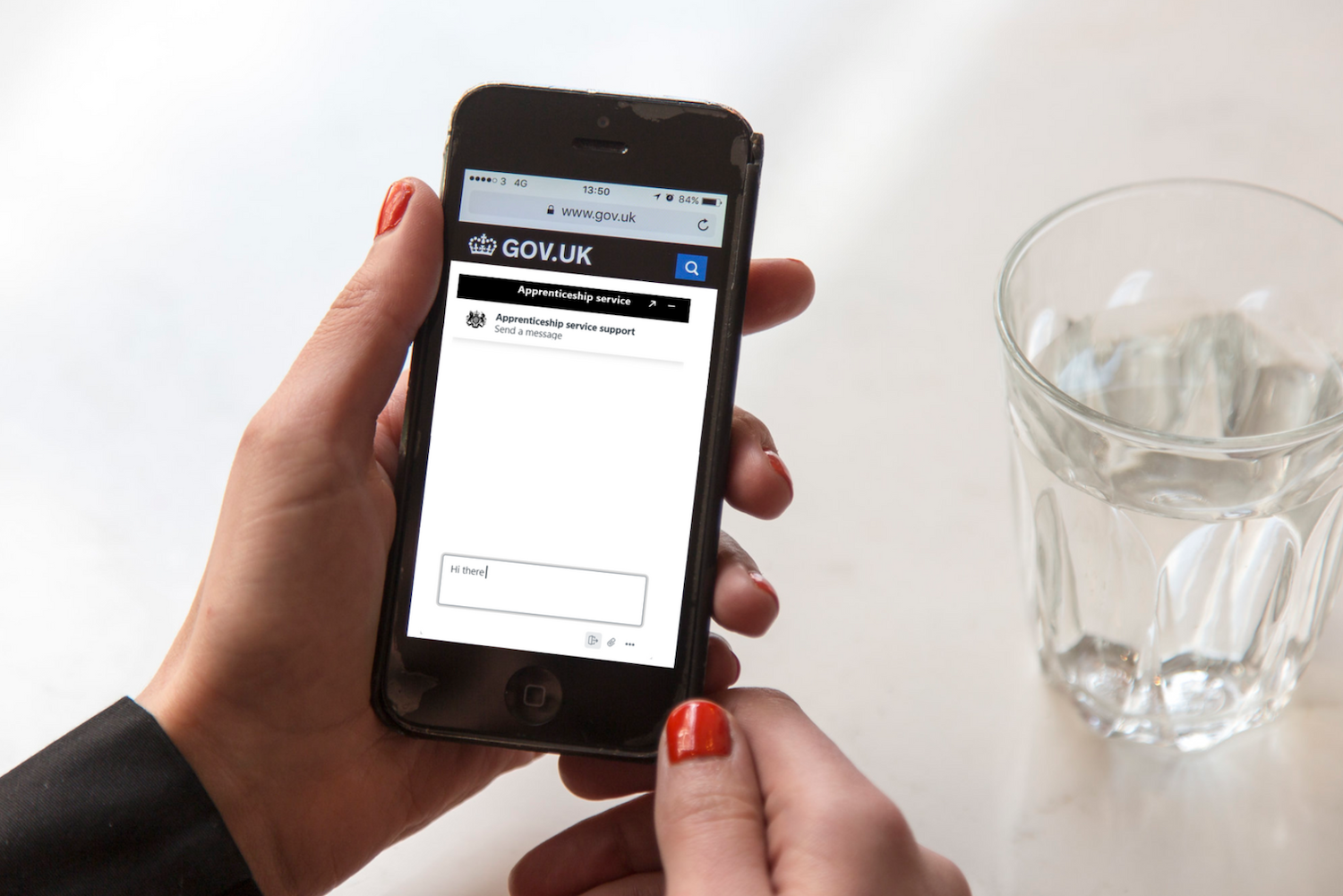 Gaining a holistic view of our customers

As well as becoming more effective, the ESFA also gained one single view of their end users that wasn’t possible before. Previously, if someone needed to escalate a query within the ESFA, it would mean entering data into four separate systems that didn’t talk to each other. But gaining a holistic view of end users means the agency can now see at a glance, and in real-time, where each person is in the customer journey and provide the best way to help them quickly.

“Across the ESFA we’ve got multiple support desks,” explained Caroline. “Each of them was using different technology, which was a big problem. We had a complaint come through to our Chief Executive and when we looked at it, that end user had contacted us 14 times. At no point had we realised because we had no visibility of their account. We were all answering the same query and, unfortunately, getting slightly different answers, and nobody knew which desk was handling it.”

“Now, we’ve incorporated Zendesk into the ESFA system, which means we only need to key in the data once and the ticket is sent through to the relevant desk automatically. This reduces data risk and duplication, and speeds up the process as well. We’re getting great feedback from our users and our advisors on the platform too.”

“For our users, it’s important that they can choose the channel through which they want to contact us.”Caroline Mason, Head of Apprenticeship Service Support at Education Skills Funding AgencyA vital part of enabling the ESFA to service a greater number of people and also improve customer service was listening to what its users were saying and offering more choice in the number of communication channels available. Even though users started on a digital journey, they were often taken off-course by being forced to use the telephone when they didn’t want to. Digital channels now feature more prominently, so that users can access the information they need with less friction.

“For our users, it’s important that they can choose the channel through which they want to contact us,” said Caroline. “We don’t want to drive them towards telephone or email unnecessarily, and we’re really beginning to see that channel shift, driven by people’s choices. A lot of people are also picking self-service, which is really good for us, as it’s showing that we’re putting the right content out there to answer their questions. The government has a digital agenda where we’re encouraged to direct people towards digital channels– Zendesk is helping us to do this.”

Looking to the future

The ESFA now uses a comprehensive suite of channels, all managed through a single platform. This includes telephony, email, web chat and web forms. Its most recent addition is social media, which enables it to be more present and active than ever before.

As a result of the successful implementation of Zendesk technology, the ESFA has seen other areas of the Department of Education consider using Zendesk tools too. Zendesk has helped the ESFA to be seen as a trailblazer in government because of the progress it has made. It can now maintain confidence in its ability to respond to employers, no matter how many queries it is presented with.

Netpremacy is one of Zendesk’s key reseller partners in the UK specialising in innovative cloud based technology in the public sector. Netpremacy worked closely with Zendesk through the tendering and contractual process for the ESFA apprenticeship solution and forms a key part of the ongoing Zendesk project team within the Department for Education.

Andrew Eden, Head of Public Sector at Netpremacy, commented “through a combination of our deep understanding of the public sector market and the efficiencies and usability Zendesk’s solution brings to our customers, we saw a unique opportunity to add value to a vital Central Government function with a requirement to scale up its service delivery capabilities rapidly.”