Thanks to Zendesk, Doodle Support is saving around a month’s work

Doodle’s slogan is “We make great meetings happen” - without lots of toing and froing via email and across all time zones. Behind the application is an infrastructure that does not just depend on the reliability of its technical solutions but requires similarly solid support. Zendesk helps with this. 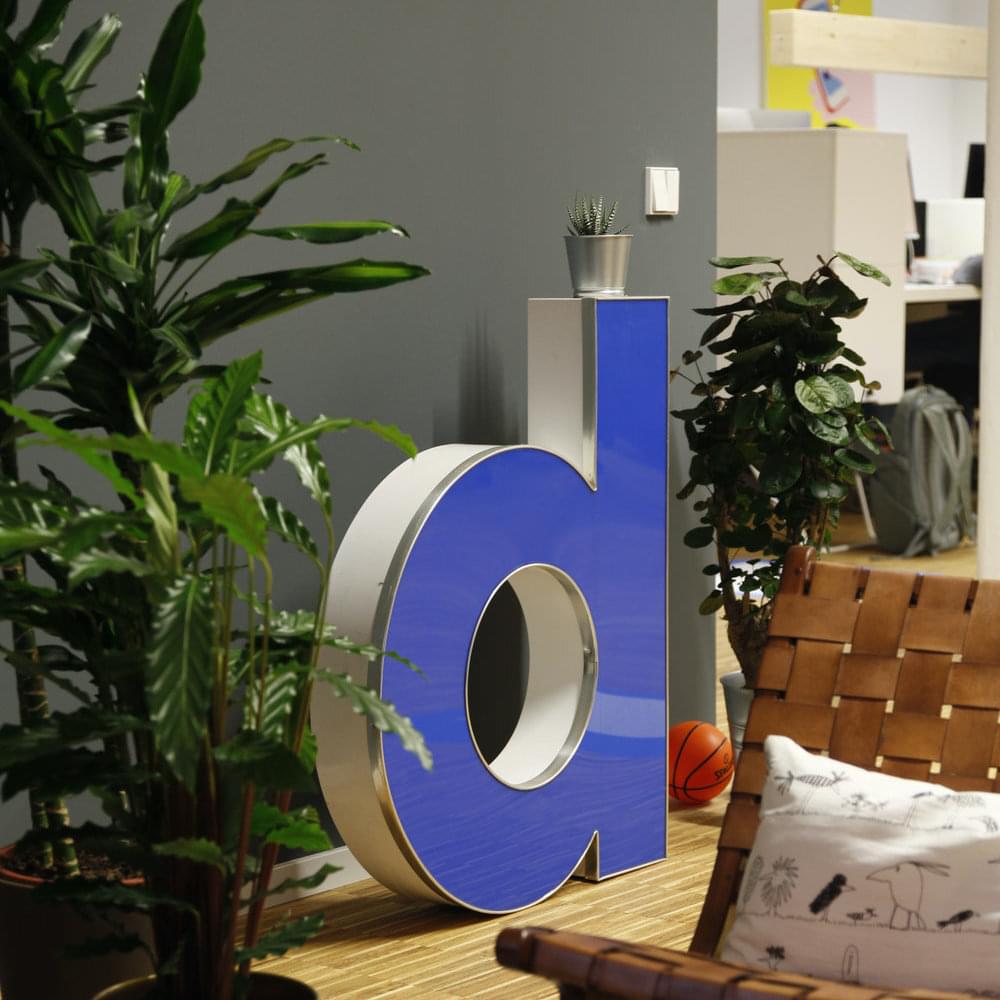 “Zendesk Explore is by far my favourite tool, because it enables me to observe our interaction with customers from many different angles. Our goal was to be able to obtain and analyse reliable data. So, it was vital that our chosen support platform would be able to process data at a high level.”

Head of Support at Doodle

“For me it’s important to use the results from the CSAT analyses not just as a performance indicator for our work in support and to identify potential optimisations. It’s equally important to spot the reason behind any negative interaction. It’s the only way I can understand what motivates the customers”

Head of Support at Doodle

Tickets Processed by KI Per Annum

Percentage of One Touch Tickets with Knowledge Capture Article Links

In just a few years, Doodle has become a major player in the meeting planning world. With 68,600 meetings being arranged per day and 30 million users per month, the online service is the global leader in meeting planning tools. Whether arranging meetings for the boards of large organisations, for international teams or for sports clubs, thousands of private clients and 306,500 companies around the world use Doodle to arrange their meetings. As it is easily integrated into most calendar applications and data is securely hosted, many major companies, such as Deloitte, Nike and Cisco, use the planning tool on a daily basis.

Doodle’s slogan is “We make great meetings happen” – without lots of toing and froing via email and across all time zones. Doodle’s principle is as simple as it is effective. Various meeting times are suggested and sent by email or with a link to the potential participants. The latter can, in turn, confirm their preferred time. This makes scheduling easier.

Doodle enables all sorts of meetings to be planned. Behind the application is an infrastructure that does not just depend on the reliability of its technical solutions but requires similarly solid support. Simone Secci, Head of Support at Doodle, explains, “Our aim is to avoid wasting time when meetings are being organised. To achieve this, the software needs to be capable of being integrated seamlessly into the existing application landscape. And should any queries arise, we need to be able to give our clients answers straight away.” 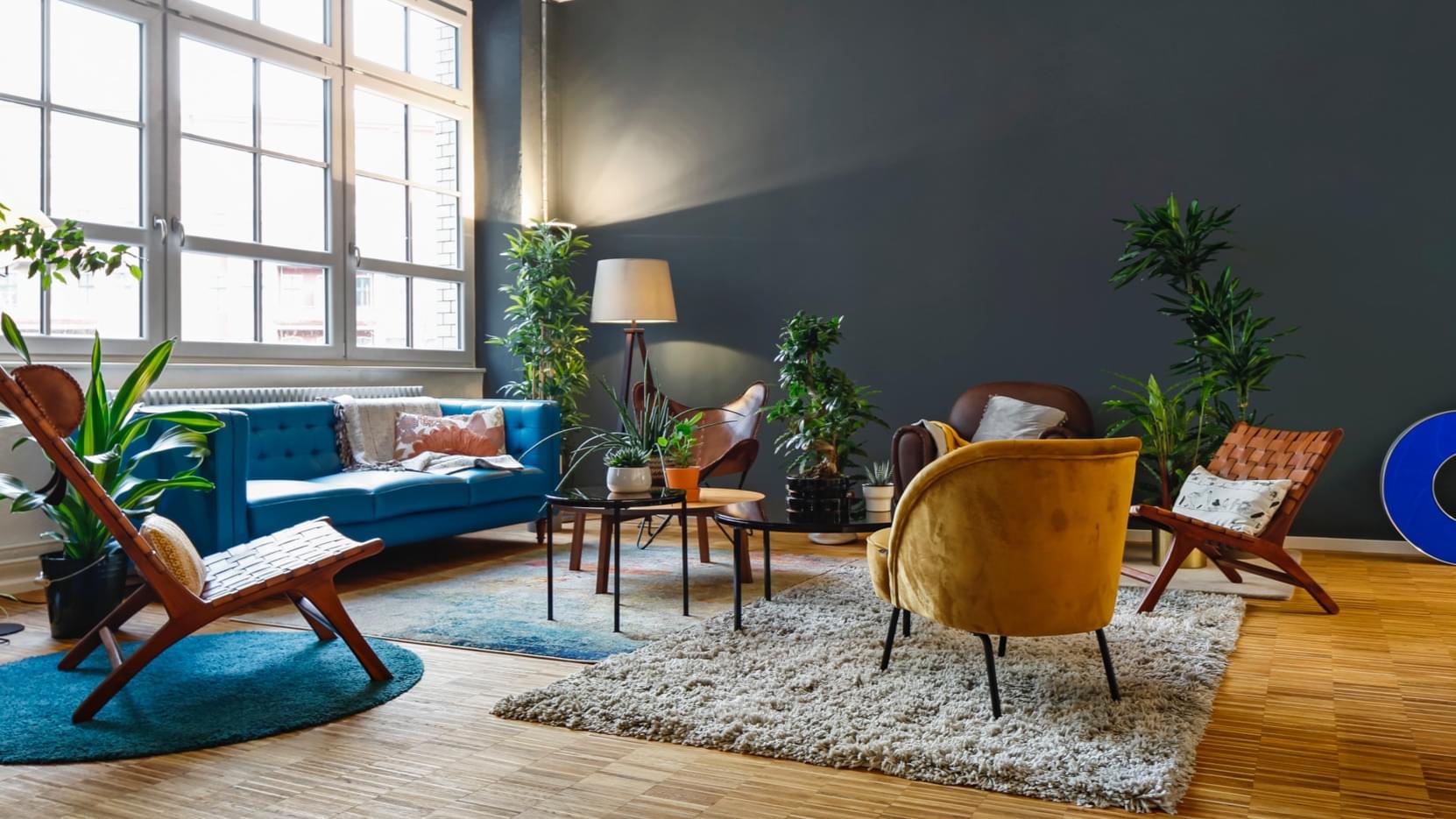 In the spring of 2018 Secci took on the role of Head of Support at Doodle and, with it, the challenging task of completely restructuring customer support. Most specifically, the dialogue with Tier One clients, i.e. those with most potential and highest priority, was redefined. A key element in this modernisation was the provision of automated, one-touch solutions. Zoom was also implemented, giving customers the ability to contact the technical team directly via video calls. The realignment of the support strategy ensured that B2B support for VIP clients was extended while the broad end user base would benefit from faster support.

The ultimate goal for every customer segment was to improve customer satisfaction by significantly reducing response times. The keys to this lay in more direct communication, making processes leaner and centralised workflows. However, comparing the actual situation with the strategic expectations placed on the modernising of support quickly revealed that the technical solution in use up to that point and the existing structures were not sufficient to achieve the objective that had been defined. This made it apparent to Simone Secci that personnel resources needed to be ramped up and a new support platform implemented.

In a matter of months, the team around Secci grew from three to ten members. Moreover, Technical Support, Knowledge Base Manager and Team Leader for Tier One Agents were defined as new roles. The support boss’s strategic vision was not to grow rapidly but to drive specialisation in specific areas of support activity.

To compare the way in which Doodle’s support team works to an octopus is now very appropriate: the activities of the ten team members relate to almost every area throughout the company. Support’s processes and activities affect Sales and the Success team, as well as the work done by Product Management and Engineering. Secci emphasises, “The customer feedback generated by Doodle is extremely valuable to our product developers, in particular. It provides reliable information about the composition of the user community, what matters to them, and what their needs are.” 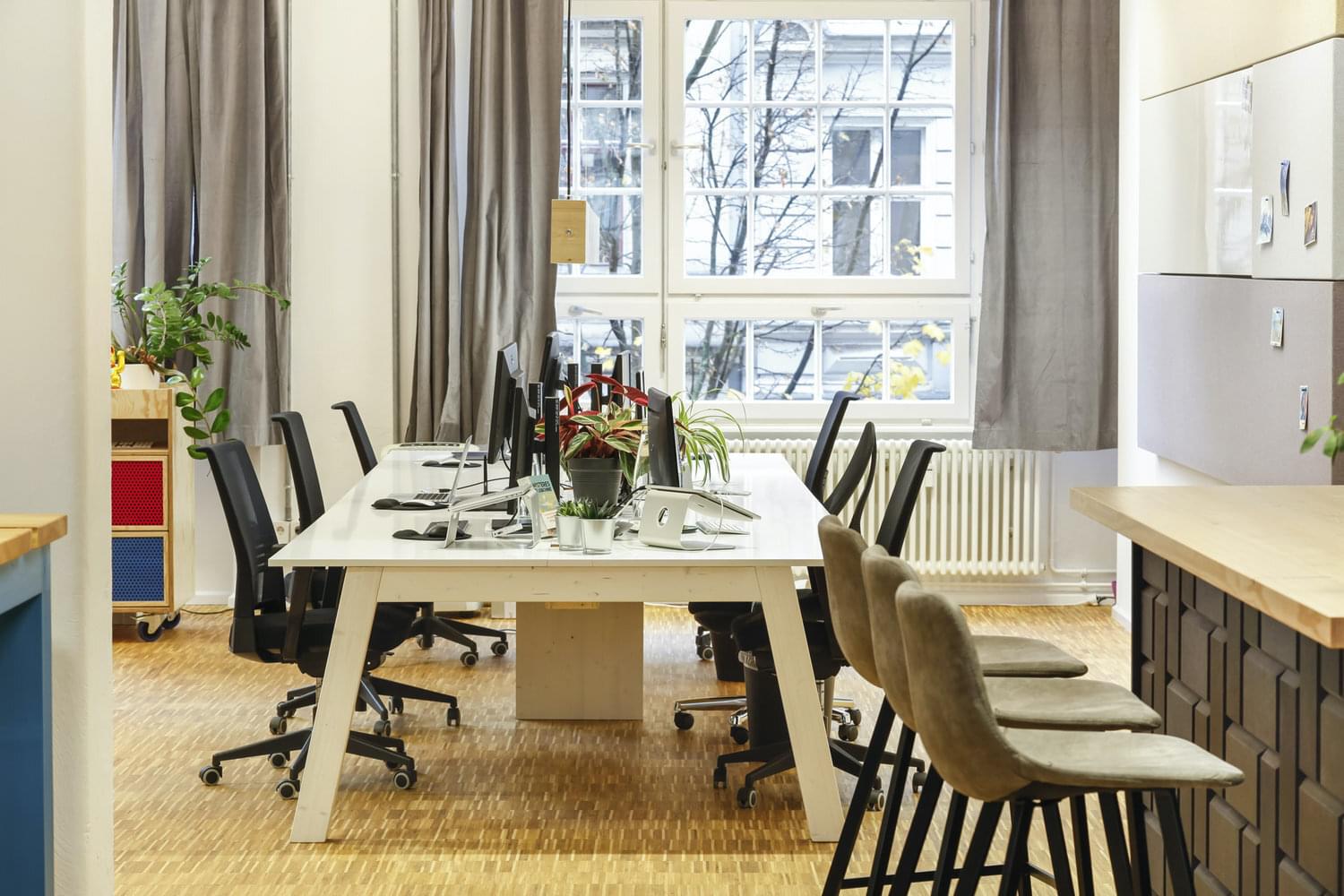 Besides the increase in personnel, in October 2018 additional, important elements found their way into Doodle in the form of Zendesk solutions. “Not long after taking over the leadership of the support team, I began looking for an alternative to the support software we then had,” explains Secci.

After assessing various solutions, also taking into account the company’s strategic development and, thus, future needs and requirements, the choice finally fell on the Support Suite and Zendesk Guide. According to Secci, a major plus that largely influenced his decision was that the Zendesk Guide, being KI-based knowledge base software, also provides the Answer Bot for editing tickets automatically. Other requirements for deploying the new support platform were ease of integration with other departments’ tools and the presence of a SaaS model.

“While response times averaged 17 hours prior to deploying Zendesk, by early 2019 that figure was down to 11 hours. On average, it now takes no more than 6.5 hours to process a support query at Doodle.”Simone Secci, Head of Support at Doodle Now, two years after restructuring Doodle Support, end customer support is largely characterised by automated, one-touch tickets, i.e. queries that can be clarified with one contact. Supporting business clients is more complicated. 30 percent of all B2B tickets take a longer time and involve multi-layered interaction with support agents. So it is particularly important to offer the best possible experience via as many different dialog interfaces as possible to this segment.

With KI-based self-service, plus personal contact via email, video calls and (in the near future) chat, Doodle Support meets high quality standards with positive, measurable effects. Because while response times averaged 17 hours prior to deploying Zendesk, by early 2019 that figure was down to 11 hours. On average, it now takes no more than 6.5 hours to process a support query at Doodle. “This is a major improvement that we have achieved in under two years,” concludes Secci.

There has been a pleasant evolution in terms of customer satisfaction, as well as response time. Doodle put CSAT – the Customer Satisfaction Score – in place as its key figure system. In October 2018, when Zendesk was introduced, the score was 90.5 percent, but this figure has since risen to 95.6 percent, and continues to improve. 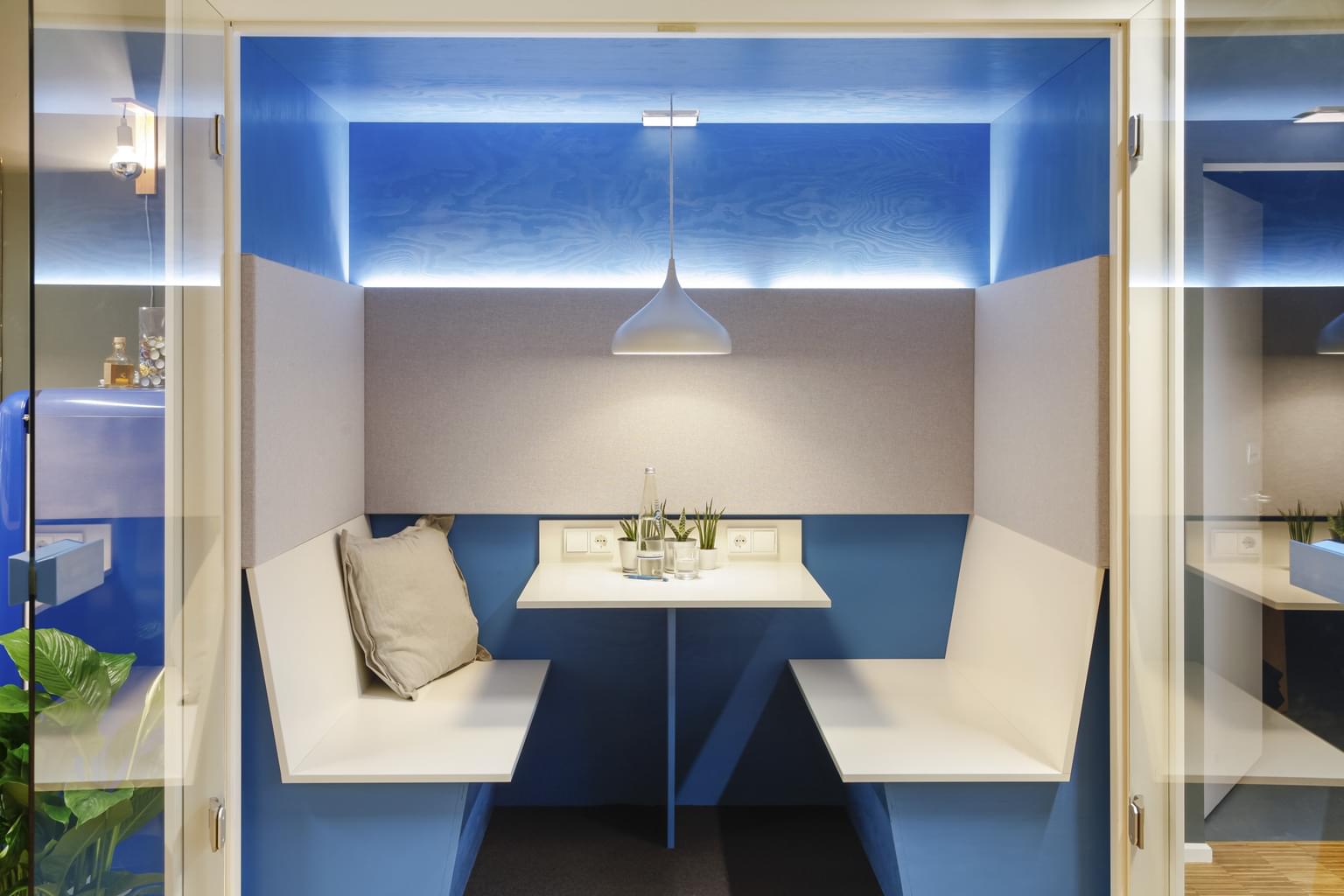 At the moment, Doodle deals with 3,000 support queries per month, far fewer than 2019’s figure of 3,500. This success can largely be traced to the self-service offerings that Doodle’s customers can access through the Zendesk Guide. Another positive outcome is the so-called Ticket Deflection. With this feature the KI-steered support platform preselects queries. This automatically reduces the support agents’ workload.

In 2020 alone, Doodle has used Zendesk’s intelligent algorithms and Answer Bot to automatically process 2,700 tickets. Given an average ticket volume of 3,000 per month, Doodle has saved almost a whole month’s work through automated processes. The analysis of articles provided by the self-service channel plays a key role in this, because the success of KI-based ticket processing is directly linked to the quality of the content provided.

When asked about his favourite feature, Doodle’s Head of Support replies with no hesitation, “Zendesk Explore is by far my favourite tool, because it enables me to observe our interaction with customers from many different angles. Our goal was to be able to obtain and analyse reliable data. So, it was vital that our chosen support platform would be able to process data at a high level.”

Secci explains that the key figures that are captured can be used to, for example, identify query peaks over time. Such useful insights help HR planners to make decisions, for example in relation to support query volumes at weekends. If it can be clearly shown that no, or few, tickets are generated at weekends, the HR department can use this information to plan staffing levels with accuracy. Zendesk Explore’s filter and analysis functions also provide information on the performance of individual agents, possible training needs and the satisfaction levels within specific customer segments.

“For me it’s important to use the results from the CSAT analyses not just as a performance indicator for our work in support and to identify potential optimisations. It’s equally important to spot the reason behind any negative interaction. It’s the only way I can understand what motivates the customers,” explains Secci. It is important to keep an eye on the customer experience and to spot whether the customer is dissatisfied with the product per se or with the quality of the customer dialogue. So, Zendesk is a vital data provider for internal quality management in support and for our staff in product development and sales. As Zendesk has good interoperability, it enables Doodle to integrate feedback from other sources in order to get a seamless, overall picture of customer satisfaction. 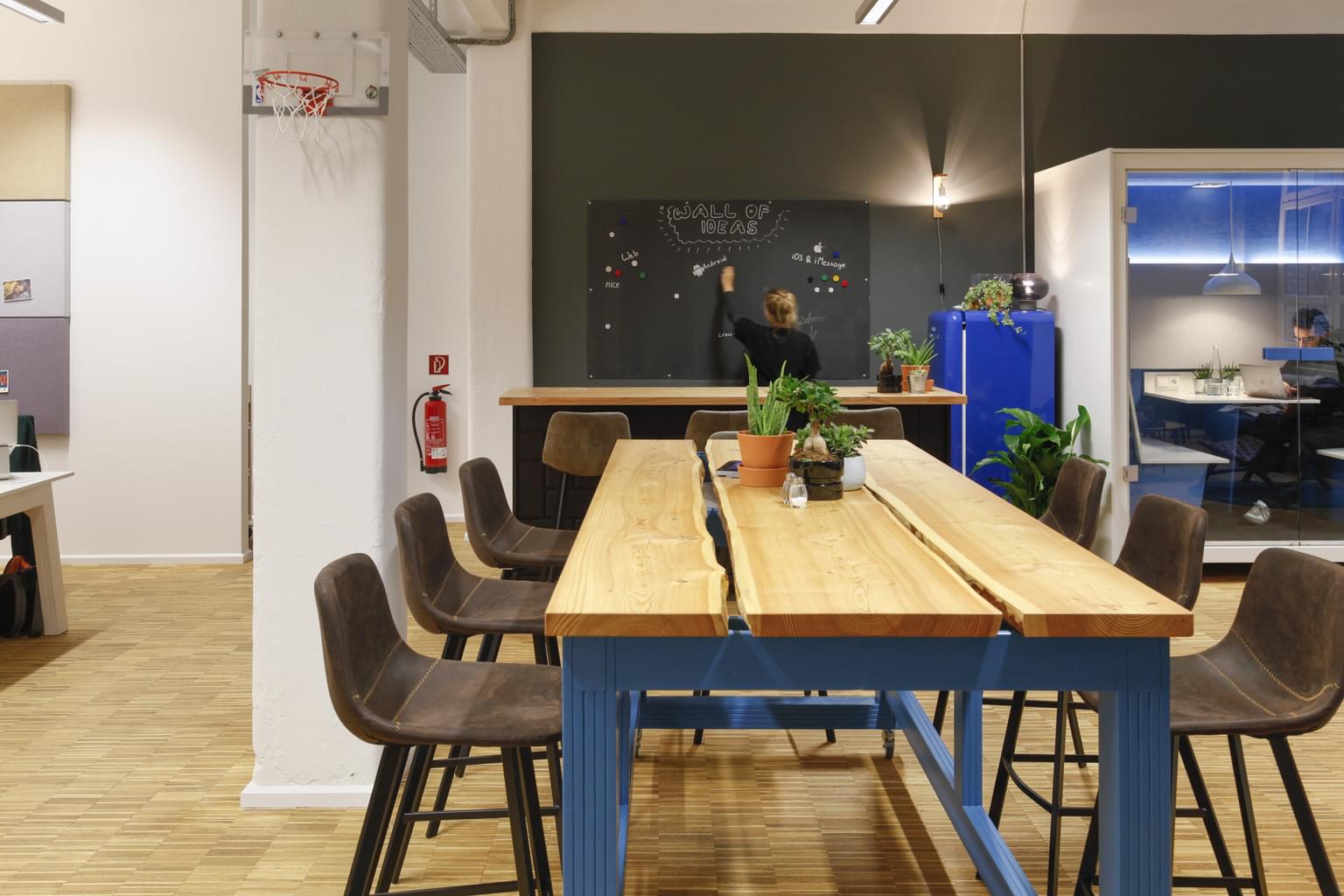 Secci and his team can be happy with the results of the past two years, but Doodle’s Head of Support sees no reason to rest on his laurels. “There’s always something to do. Right now, we’re busy with integrating a chat function that we’ll be using, amongst other things, as a proactive support channel,” says Secci. Another step in extending the technical support infrastructure is the deployment of APIs. In this connection, to be able to call on expertise from its own ranks, Doodle recently employed a software expert to develop in-house tools.

And it is doubtful whether Doodle’s versatile team of support specialists will be getting bored in times to come – the meeting planning platform’s customers, though, will be enjoying even quicker and more targeted support when planning their meetings.