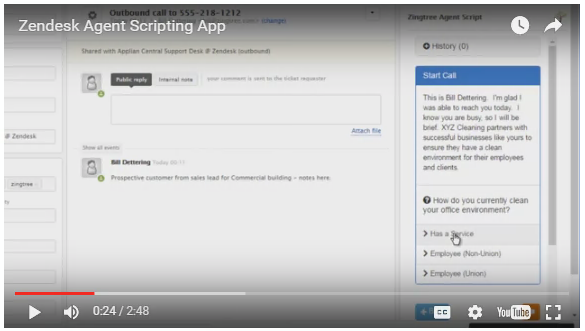 The Agent Scripting App appears in Zendesk, like this: 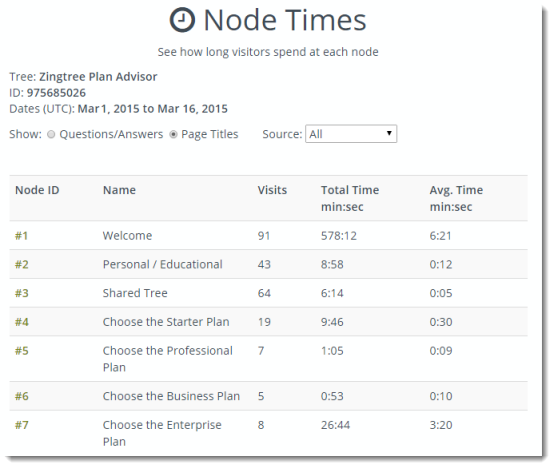 Pause and Resume: If a ticket is reopened, the script will reappear in the same state as it was previously, with the history intact. Agent Feedback: Clicking the orange chat bubble lets your agents submit comments, which are automatically sent to the authors of the tree. Your agents become a valuable part of improving your scripts. Automatically Choose a Script based upon Brand, tags or a custom field: When a ticket is opened, the Zingtree Agent Scripting app locates a script associated with the content of a ticket. Zendesk Tagging: Add a tag to any node using the Zingtree Edit Node tool. When that node is opened in Zendesk, the tag gets copied to the Zendesk tags for the current ticket.
Insert Custom Fields: Any custom fields in your Zendesk ticket can be merged into your script. Automatic Ticket Updating: Tags and custom fields in the ticket can be updated from actions in the script - either via buttons clicked in the script, or from data entry collected. Customizable: Use a custom CSS file to override the default look and feel of your trees within Zendesk.
Valuable Reporting: Watch the step-by-step history of each agent interaction. See which Agents or which Nodes are taking the most time. Automatic Agent Detection: The Zingtree Agent Scripting App automatically determines which agent started each session, so there's no provisioning required or customization needed for getting good agent-centric reporting. You can even insert the agent name into the script.

What people are saying

Have the app installed?

We are big on feedback. Be the first to write a review.