Emojis at work: the good, the bad, and the legally binding 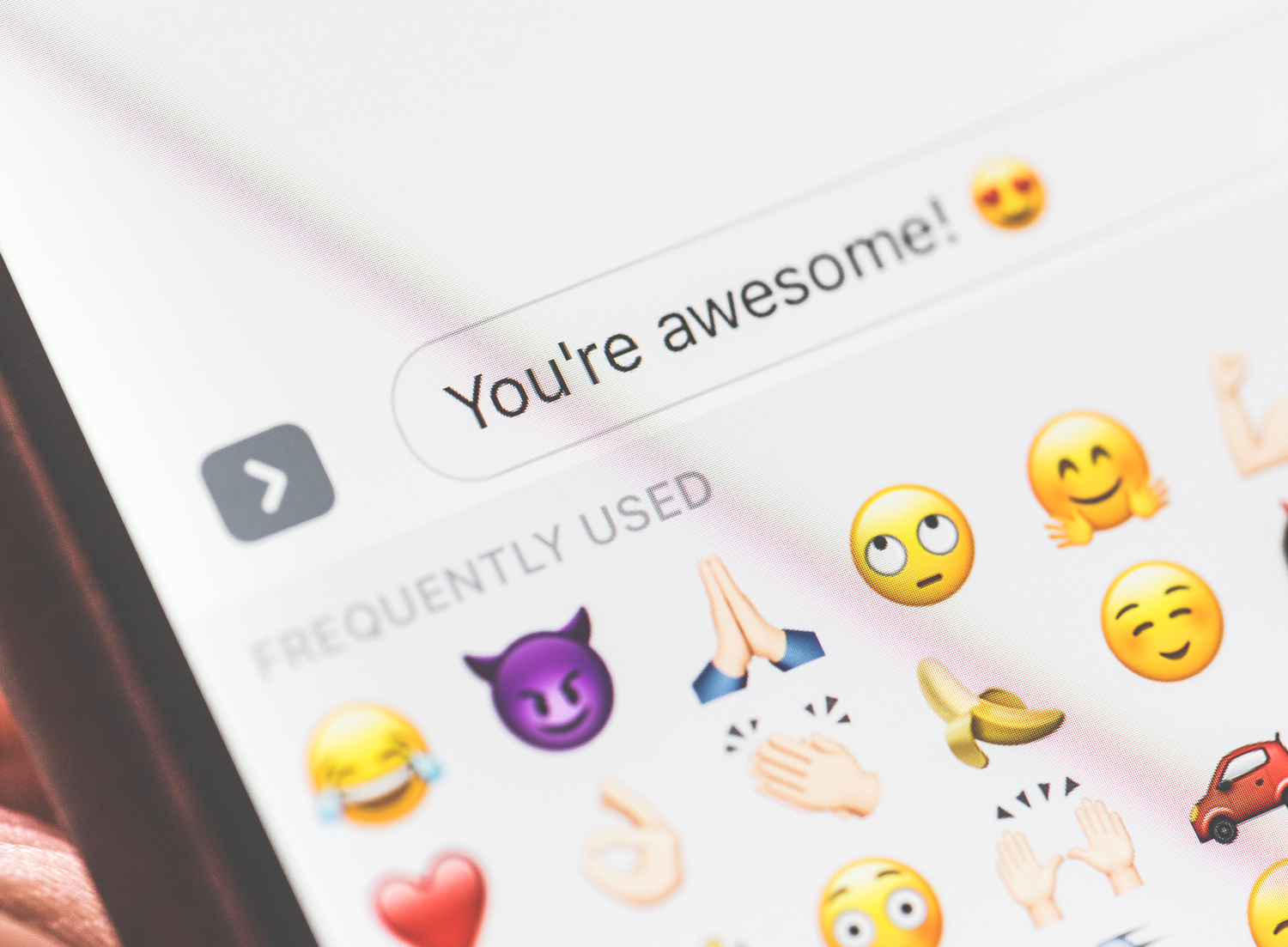 Emojis haven’t actually reshaped communication. I mean, they’re symbols meant to convey a message, and humans have been communicating in symbols for millennia. In fact, in 2017, a group of archaeologists discovered a 4,000-year-old pot buried near the border between Turkey and Syria that bore the first smiley face, which looks pretty much like the ones we send across the ether now. So the emoji isn’t a modern invention; it’s a cultural artifact. You’d think by now we’d have figured out how to incorporate emojis into communication in a way that’s generally accepted, but that’s not the case.

Smiley faces are one thing, but now emojis can wink and blow kisses, represent religious symbols, or cake, or little piles of poop. It’s only natural that this visual language has migrated from our personal communication into our business communication. The trouble is that emojis are open to interpretation, and the context in which they are used matters.

Words have consequences. So do the symbols that stand for them.

The issue isn’t really professionalism, since different companies, teams, and industries have wildly varying ideas of professionalism. Communication always evolves and, unless you belong to an organization that still thinks contractions are going to destroy language and the world as we know it, you’re probably already using emojis in the workplace.

Unless you belong to an organization that still thinks contractions are going to destroy language and the world as we know it, you're probably already using emojis in the workplace.

In fact, there are some real advantages to using emojis in business communications; I’ll get into those in a minute. But there are a some real dangers, too.

Emojis have inspired lawsuits and even criminal charges because of the way people interpreted them. In one situation in Israel, a landlord won a case against a couple of prospective tenants who indicated through text that they were very interested in a property and wanted to meet to iron out the details. The text included a series of celebratory emojis. As a result, the landlord stopped advertising the property, but the tenants disappeared. The landlord was able to sue the prospective tenants for the losses he experienced from taking the property off the market.

So does a smiley face or a thumbs up constitute a binding agreement? It may depend on the judge, but in this case, the answer is yes.

You may be somebody who’s really into winky faces, heart eyes, and blowing kisses as a fun way to express your appreciation, but when sent to your team, these seemingly harmless emojis run the risk of being construed as “evidence” of sexual harassment. Don’t even get me started on the emoji high heels, lips, dresses, and the figure () that may or may not be a salsa dancer.

Each new emoji carries as much risk of sending unintended messages as reward. So just remember that each time you use an emoji, you’re potentially playing with .

Even the skin tone you select could be perceived as racist or ethnic misappropriation. Clorox got in trouble for using emojis representing white skin in its advertising, insinuating that darker—unbleached—skin tones are less clean. So even while you may be trying to be inclusive by using a particular skin tone for a thumbs up, there’s no way of knowing how the receiver will take it.

New emojis enter the visual lexicon every day. So far, we’re at around 3,000 and many apps, like Slack, allow you to create and add your own custom emojis. Each new emoji carries as much risk of sending unintended messages as reward. So just remember that each time you use an emoji, you’re potentially playing with .

Give your emotions a face

That’s the bad news about emojis. The good news is that they are helpful for conveying emotion. So much of our personal and professional communication is by email or text message, and it’s really hard to interpret tone. With a paucity of words, in clipped conversation or casual shorthand, we can also misunderstand someone’s intent. Emojis help. If you tell your boss or teammate that you’re going to be a little late on a deadline, they might reply with a short “Okay,” leaving you to wonder whether you’re about to be served a performance improvement plan. Whereas an “Okay ” indicates that they get it, and it’s not the end of the world.

Studies have shown that emotion is an important component of team-building and employee engagement.

Emojis can also work to build positive emotional associations among teammates. While, historically, the workplace was supposed to be an “emotion-free" zone, that’s never really been the case. Now we know that “emotion-free” is actually bad for business. Studies have shown that emotion is an important component of team-building and employee engagement. A survey of emails between team members showed that high-performing teams use emotion in their written communication. The study also revealed that someone whose communication had a reduced level of emotion was inadvertently signaling their plan to quit.

Beyond that, emojis can be powerful in marketing. People mentally respond the same way to an emoji as they do to a human face, and adding a smile on the end of a message can increase responses by up to nearly 50 percent on Instagram. Some major brands, including Coca Cola, Goldman Sachs, Chevrolet, Starbucks, and Disney have begun using emojis in their social media and advertising, presumably to reach younger customers.

Similarly, when it comes to customer service, adding a smile to the end of a message can be a really powerful way to ensure the interaction is positive for the customer.

Instead of just nuking emojis as unprofessional or dangerous, it’s time we get smart about the way we use them. We need emoji policies. Organizations need to think about things like:

Once you have a policy in place, it needs to be circulated and something that everyone signs on to.

Emojis are here to stay

The business imperative of supporting your people

HR teams have a pivotal role to play as companies navigate profound changes to their workplaces and workforces. But 1 in 4 say they don’t have the tools they need to succeed.

Women show up as the antidote to burnout and champions of DEI and advancement into leadership roles—even as the gap in burnout between men and women has nearly doubled in the past year.

The organizational ties that bind: How we bond when working remotely

In the wake of 2020, 1 in 4 women are considering ‘downshifting’ their careers or leaving the workforce, according to McKinsey & Company and Lean In’s annual “Women in the Workplace” report.