Delightful checklists within tickets, that you can share and reuse. 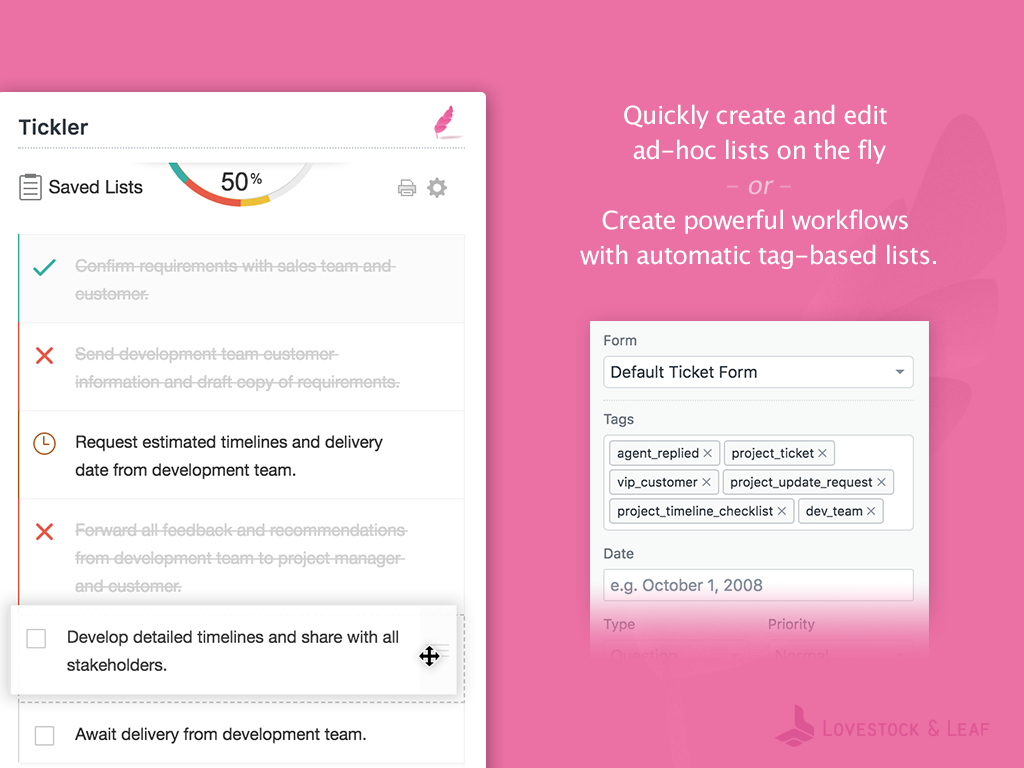 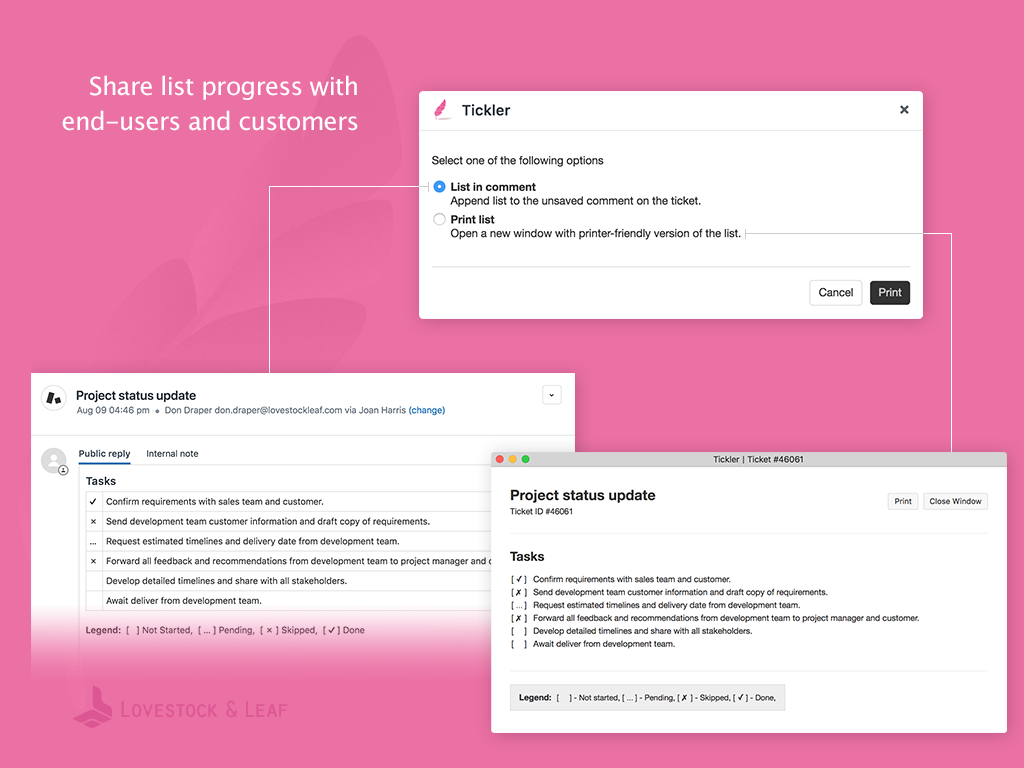 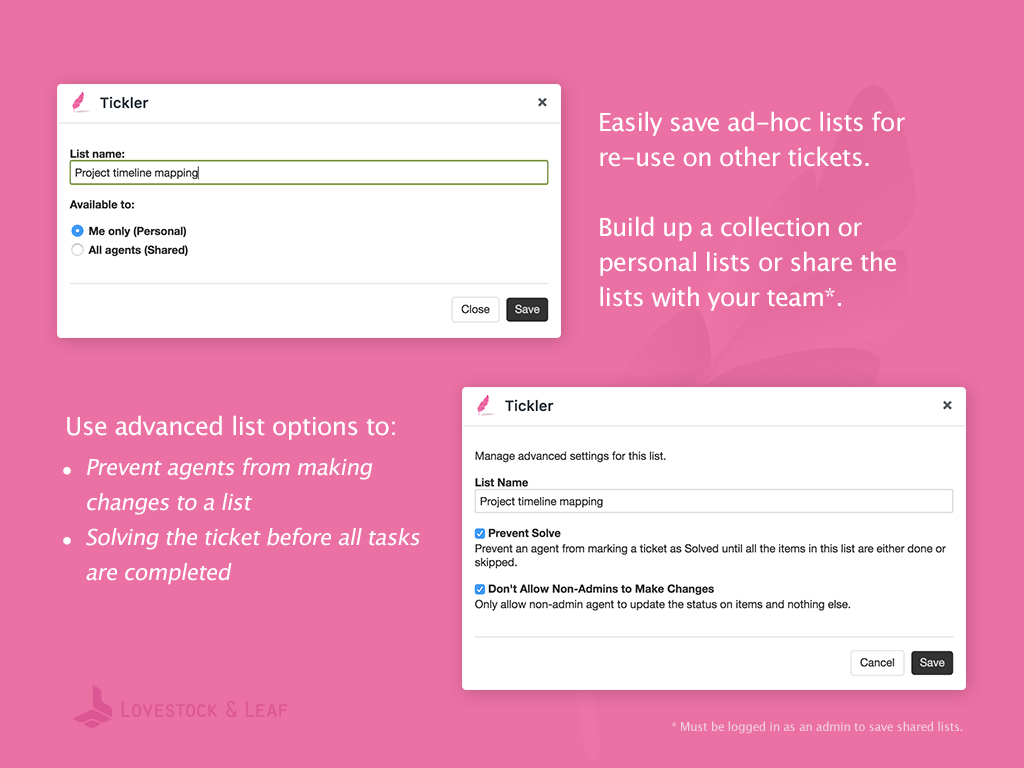 Tickler gives you the ability to create and use checklists within Zendesk. Tickler also allows you to build powerful workflows through automatically activated lists and the triggering of business rules.

Ad-hoc lists as the name implies, can be created and edited on the fly. Agents can add, edit, reorder and remove tasks without needing any special permissions or rights. Ad-hoc lists are flexible and unstructured. This allows agents to easily customize the list as the situation dictates.

Saved lists being as ad-hoc lists that then saved, so they can be easily reused on similar tickets. Saved lists can also be appended to an ad-hoc list, if there's already one on a ticket. Agents can save lists to their profile, which they can manage from the app. Admins can also save shared lists, which are available to all agents with access to Tickler. Saved lists also come with features not available with regular ad-hoc lists. For example, saved lists can be marked as 'uneditable', so agents can only update the status of tasks. You can also prevent a ticket from being solved until the list is complete.

Automatic lists (also known as tag-based lists) are much more powerful. Each automatic list is associated with either a tag or a combination of tags. When those tags are present on a ticket, the list is activated automatically without any action needed from the agent. Tags are what makes these lists so powerful. Anything that can update tags on a ticket can be used to activate or deactivate a checklist. For example, you can use tag-based custom ticket fields (i.e., checklist, dropdown, or tagger fields). You could also use a macro or trigger to activate a checklist. With tag-based lists, you're not limited to the number of lists that can appear on a ticket.

Individual tasks are also more powerful with automatic lists. Agents can add comments. Admins can configure tasks to perform actions when it's status changes. For example, running a macro or updating a ticket field. Task descriptions also support HTML, which makes it possible to highlight words or phrases in the description, or even add links.

Both types of lists can be output in a print-friendly format or easily be inserted into a ticket comment. Tickler allows you to sync list data and progress to other ticket fields as well. This allows you can make checklist data available to end-users, within Guide.

For info on how to configure and use Tickler, please refer to the Tickler User Guide.

Tickler is brought to you by Lovestock & Leaf. www.lovestockleaf.com

Looking for a good deal on large agent numbers? Don't want to use credit card for payment? Want to pay annually instead of monthly, by credit card or bank transfer? Need advice on how to implement this app into your Zendesk workflow? Or any other enquiry, feel free to contact us at apps@lovestockleaf.com