Simple integration between Zendesk and GitHub 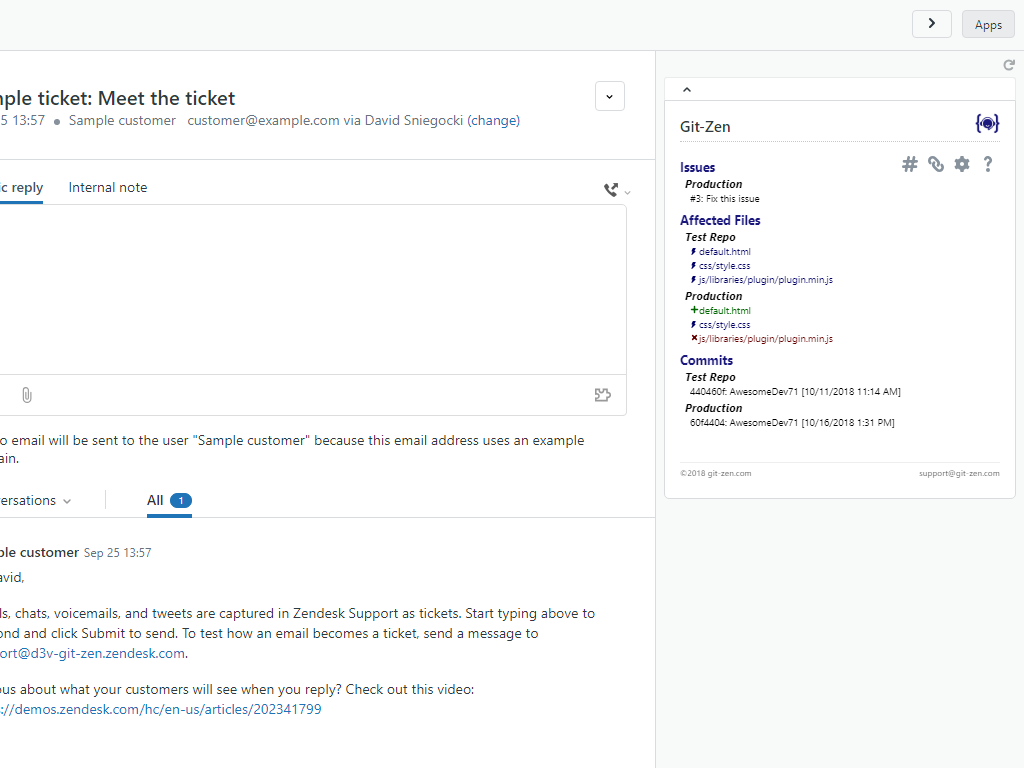 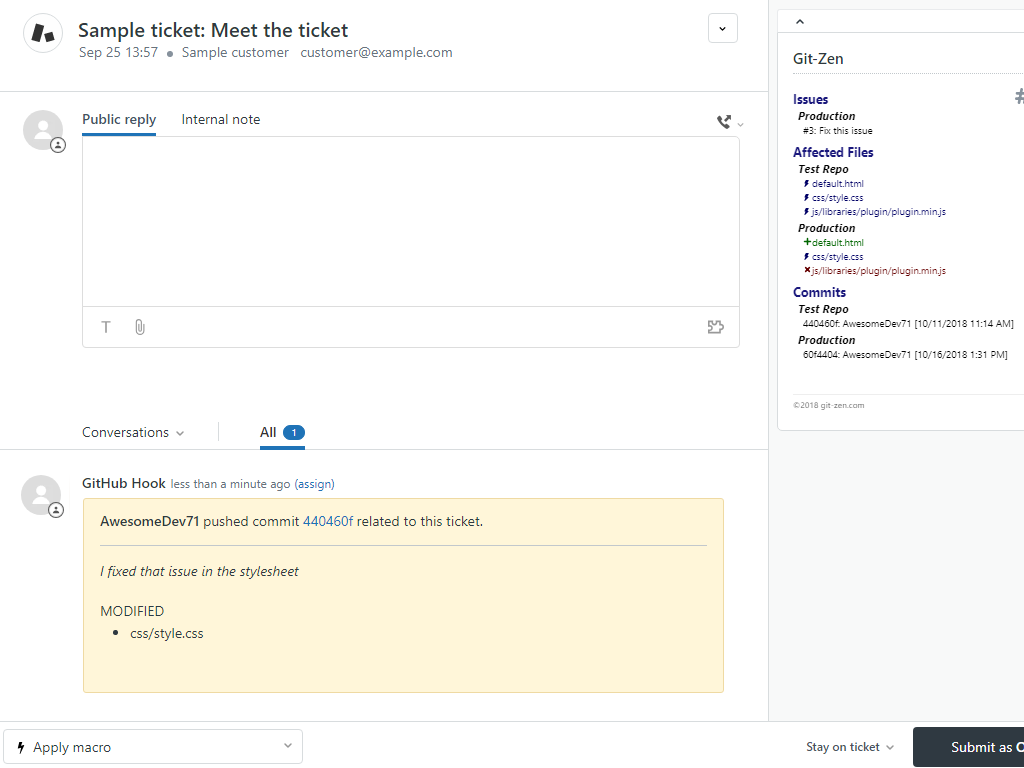 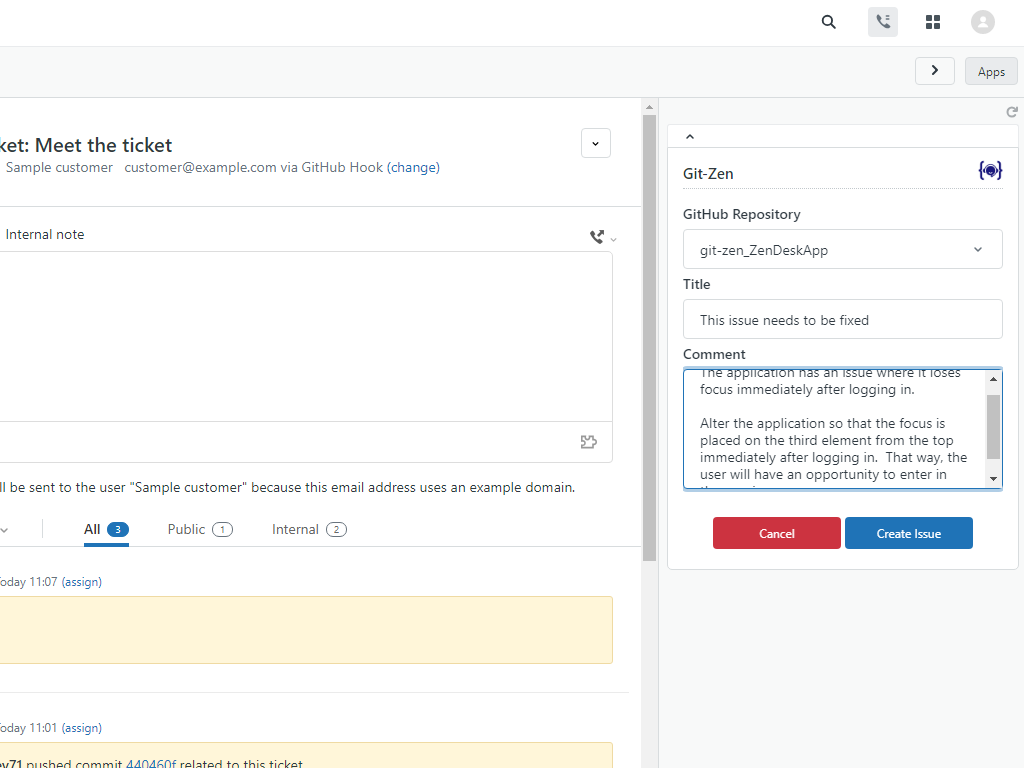 To associate a GitHub commit, all you have to do is include the Zendesk ticket number in the comment of the commit, prefaced by "gz#":

See a list of related issues, files, and commits right next to the ticket. Click on a commit link to view the commit in GitHub.

Multiple tickets can be referenced in the same commit comment. Multiple repositories can be referenced; so if a change was required to both your database schema and your web application, all of the changes will be listed together.

Use the LITE version for free, or enjoy the full feature set for less than $20 a month (cost is per Zendesk account; Git-Zen offers an unlimited number of users with each account).

The full version of Git-Zen (available from the Zendesk Marketplace) includes all of the features of the Git-Zen Lite, but also includes the following features:

for more information, please visit our website at https://www.git-zen.com